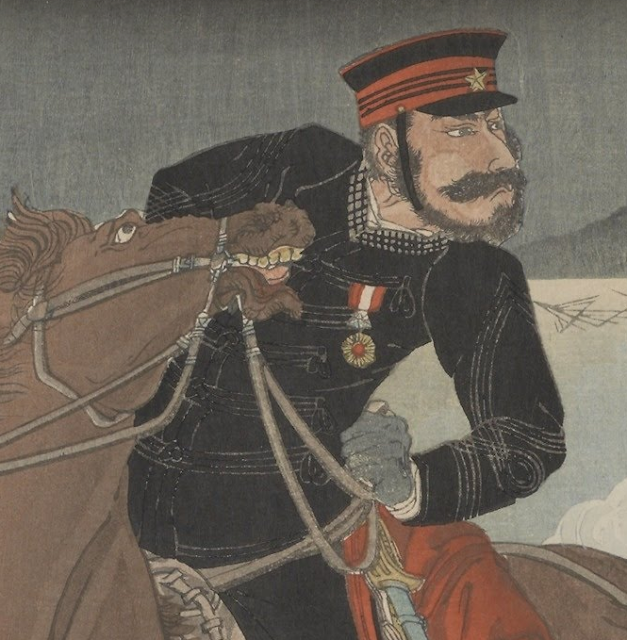 Kobayashi Kiyochika mastered woodblock printing and added elements of the most modern printing techniques and influences from photography, copperplate printing and oil painting to create one of the most contemporary-looking "graphic novels" I've ever seen. He did this...in the 1890s.

Early in his career, he became the first to master painting the night sky and perfectly captured the modernization of Tokyo in the 1870s and '80s. When the First Sino-Japanese War broke out between his Meiji Japan and Qing Dynasty China in the mid-1890s, he printed up the battles and victories in mind-boggling detail. The Smithsonian's Freer-Sackler Gallery in Washington, DC has all the war tryptics; these images are from there and Google Art Project. 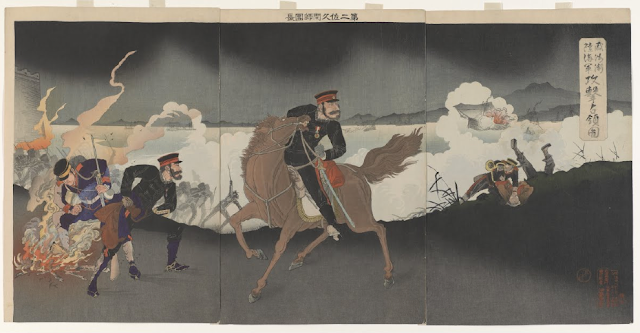 Sakuma, Chief of the Second Legion, 1895 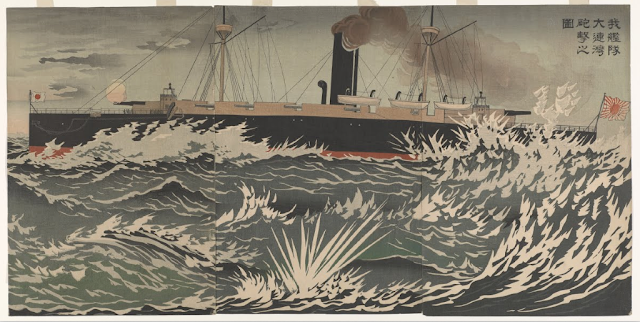 Our Fleet Bombards the Enemy at Talien Bay, c. 1894 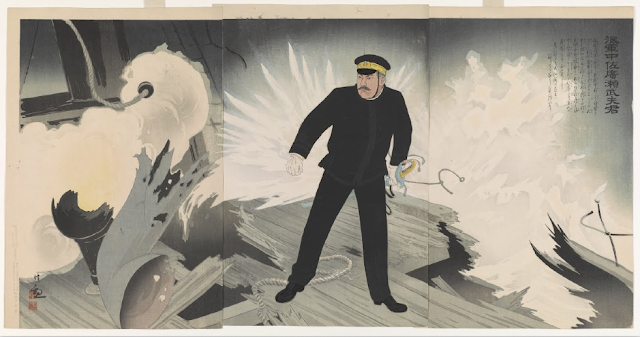 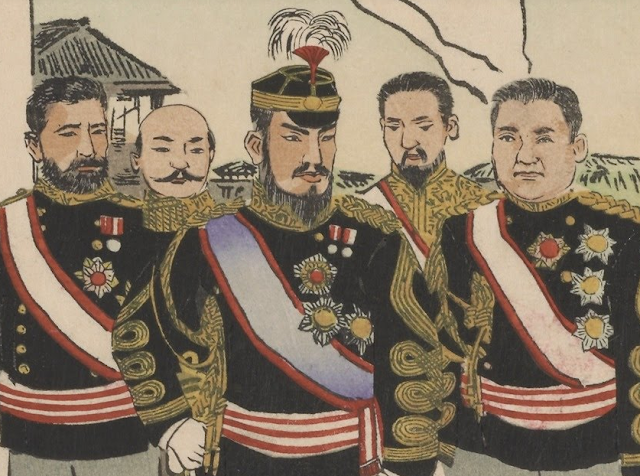 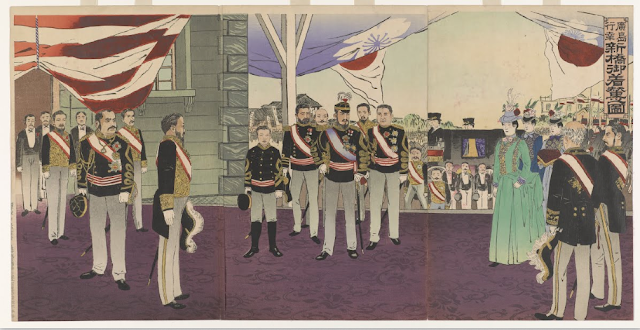 Imperial Arrival at Shimbashi Station on Triumphal Return from Hiroshima, 1895 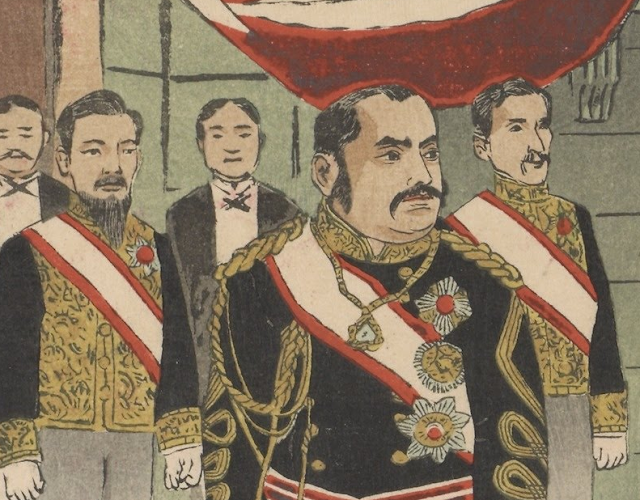 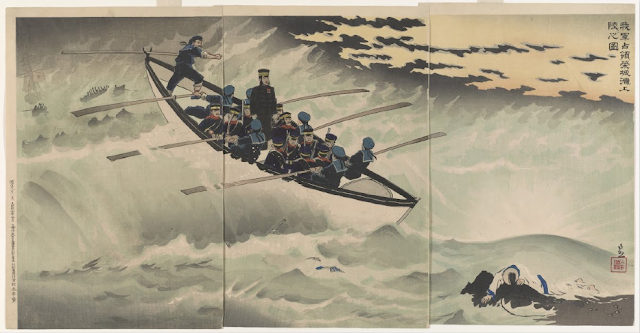 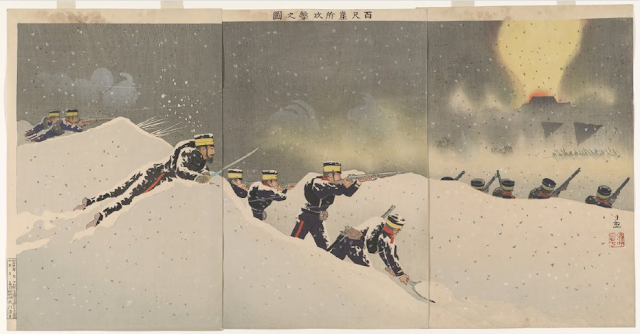 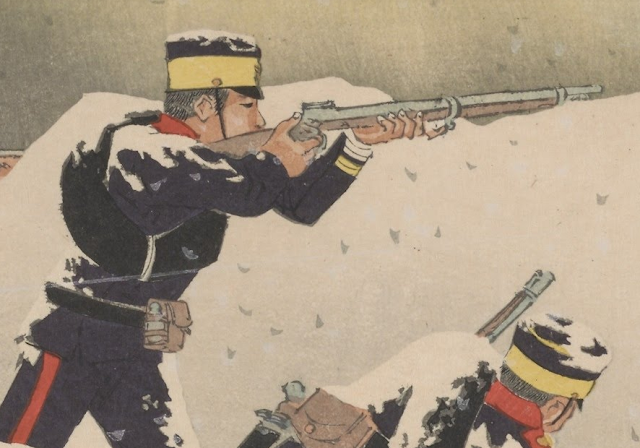 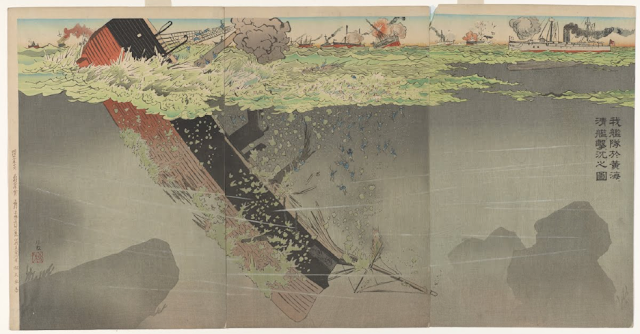 Our Forces Sink a Chinese Warship in the Yellow Sea, 1894 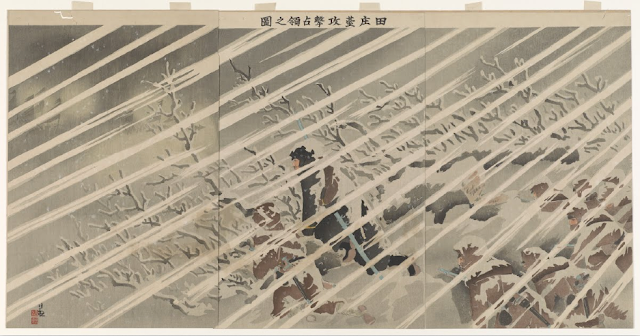 Illustration of the Attack and Occupation of Tianzhuangtai, 1895 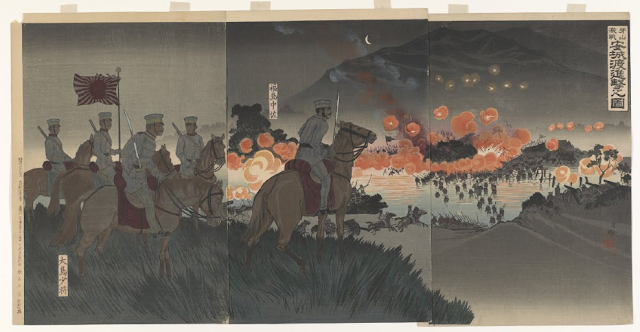 Fierce Battle of Gasan, Attacking Across the Anjo River, 1894 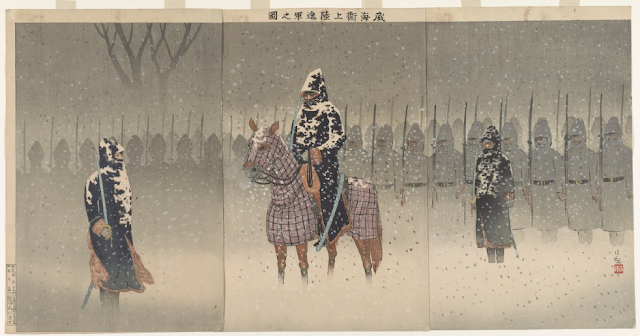 The Japanese Army at Weiheiwei, 1895 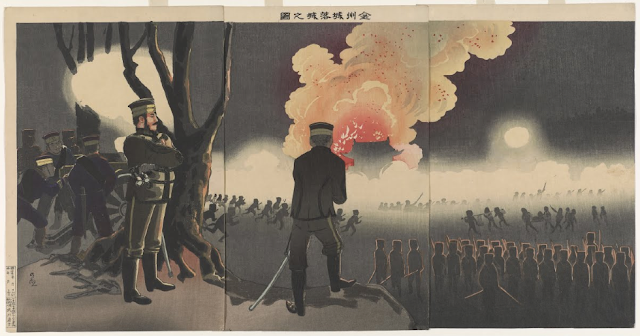 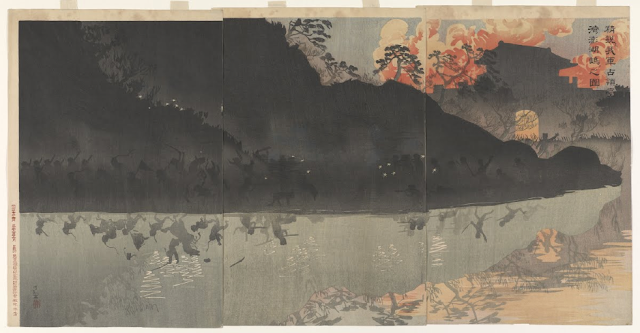 Our Elite Forces Capturing the Hoko Islands of Taiwan, 1894 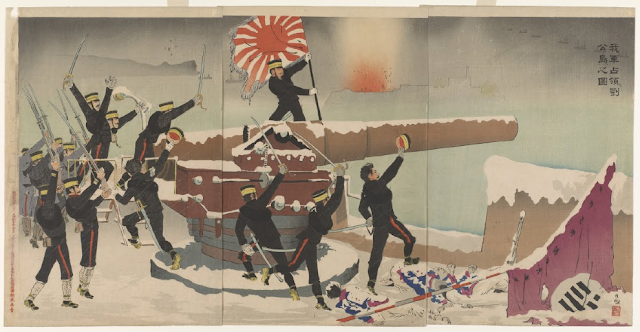 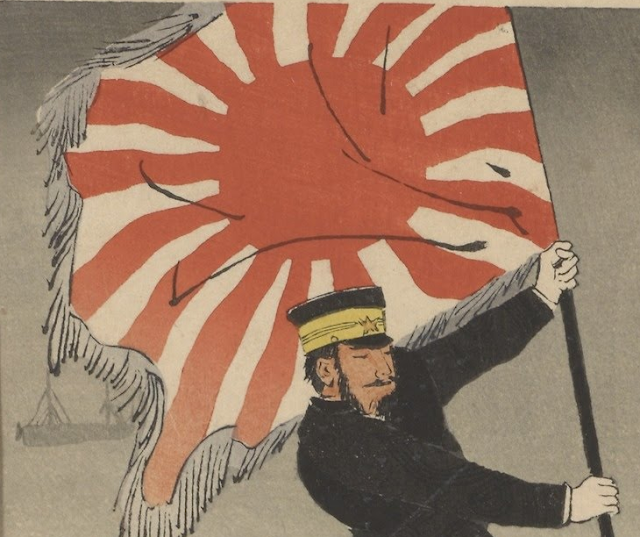 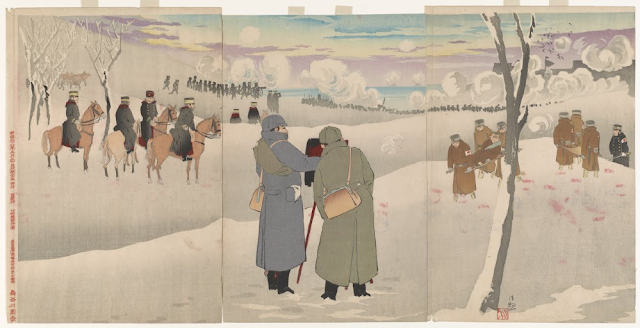 A very Marcel Dzama-looking one: Photographing our Troops Fighting in the Fortress Town, Ninzhuang, 1895 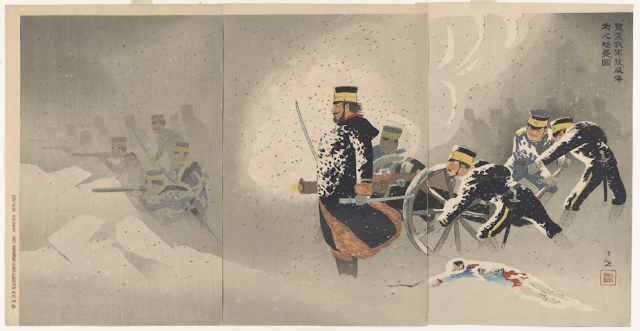 Braving the Snow, Our Troops Capture the Stronghold at Weihaiwei, 1895 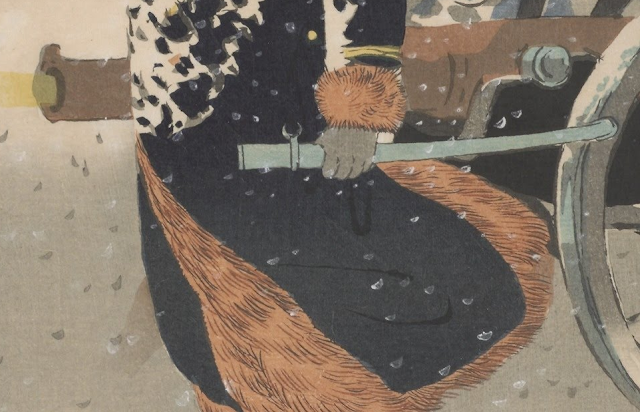 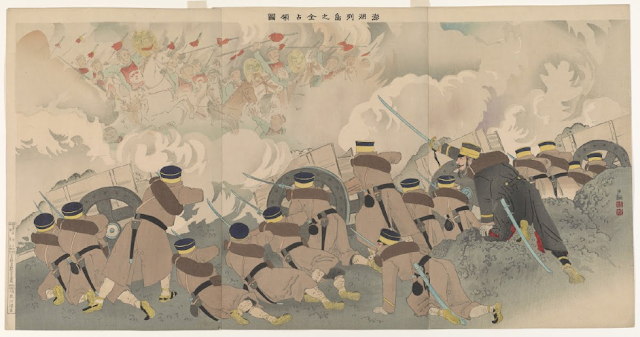 Total Occupation of the Hoko Islands, 1895 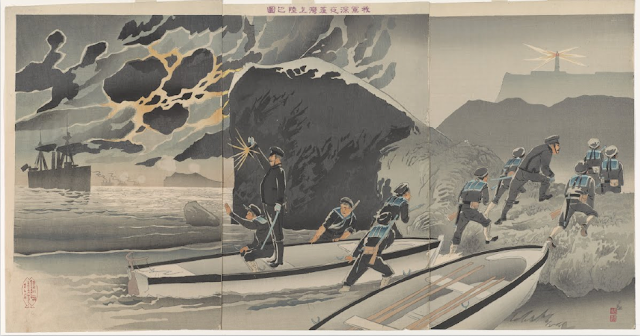 Landing on Formosa at Midnight, 1895 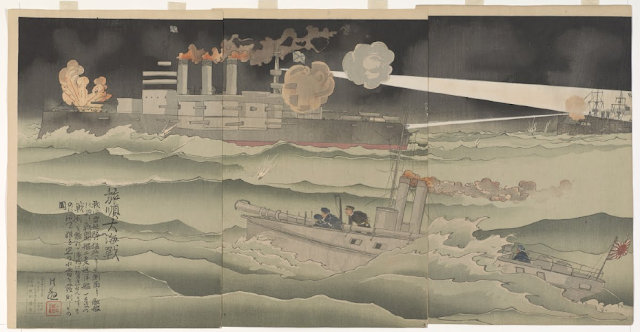 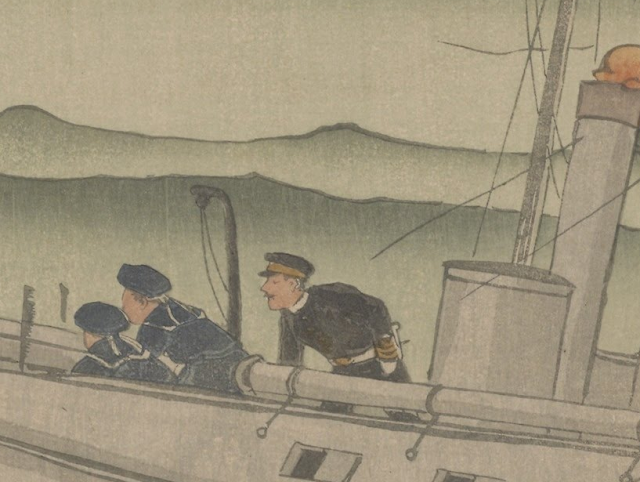 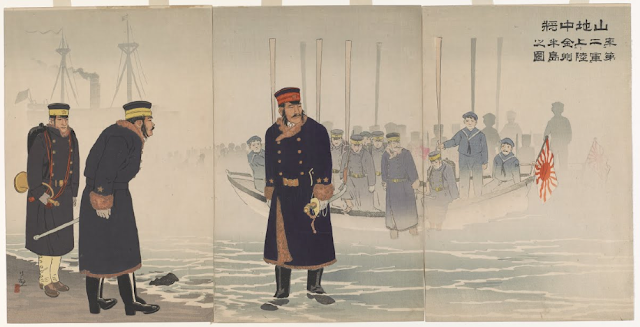 Lieutenant General Yamaji Leading the Second Army on its Landing on the Kinshu Peninsula, November 1894 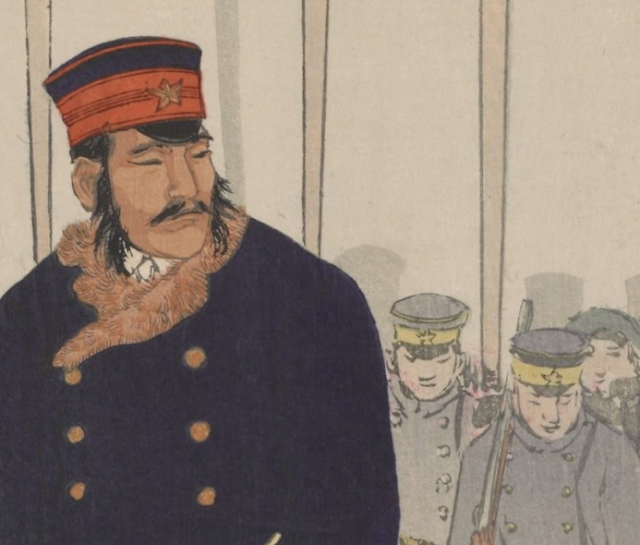 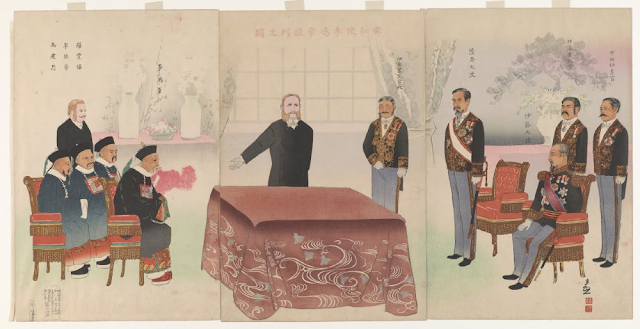