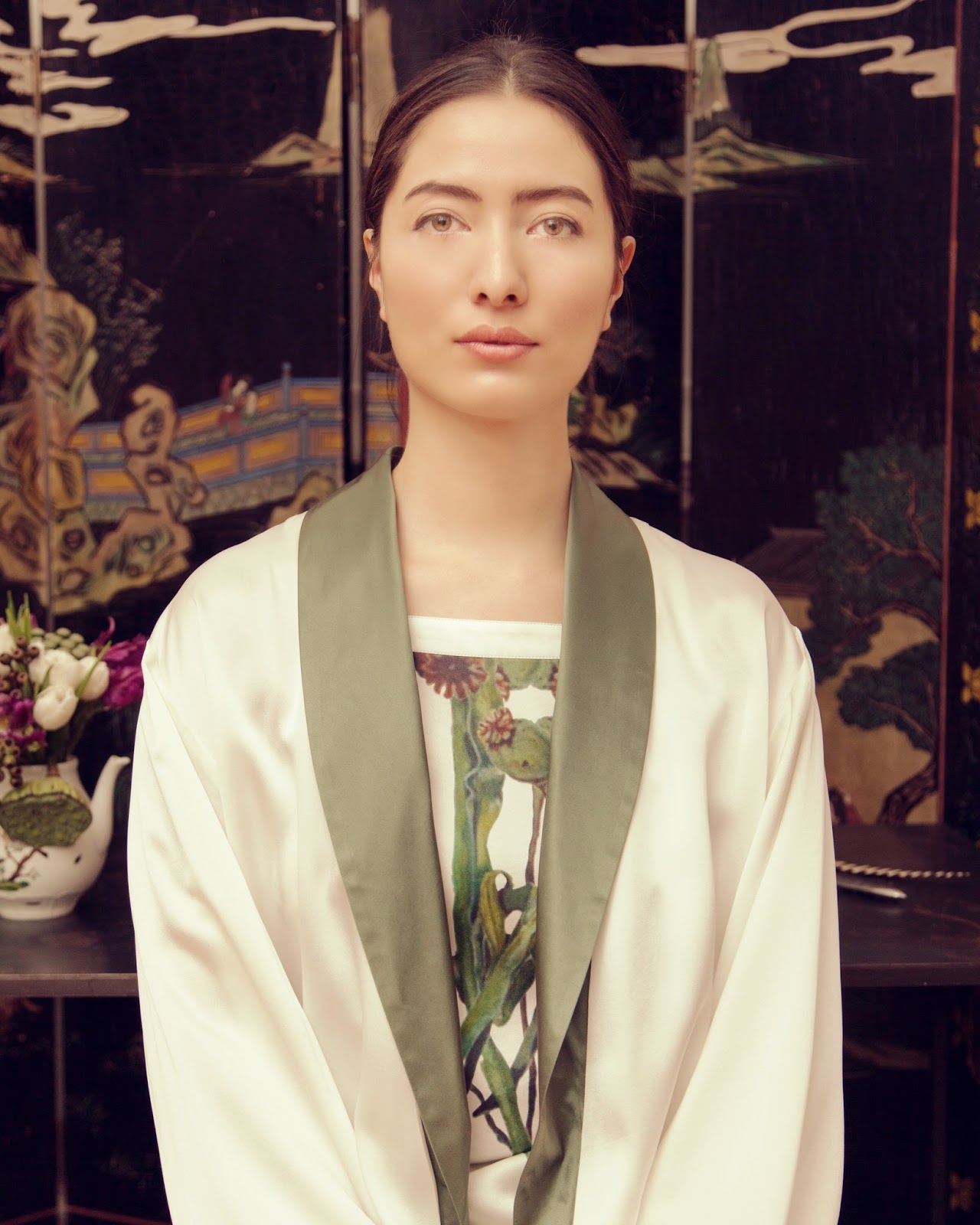 As long as I can remember, I've dreamed of designing clothes. Oh, the sketching and plotting that went on! But there was never any sewing. Many, many failed attempts and the destruction of mom's sewing machine (could they make it any easier to forget to put down that presser foot?), but not even a pillowcase emerged. It was a curse of couture visions and Cro-Magnon handiwork.

So, it is with miracles and so much joy that the wonderful ladies at kumi kookoon offered Porter and me the chance to design (not sew) a capsule collection of lounge wear and bedding using their incredible, fine silks. 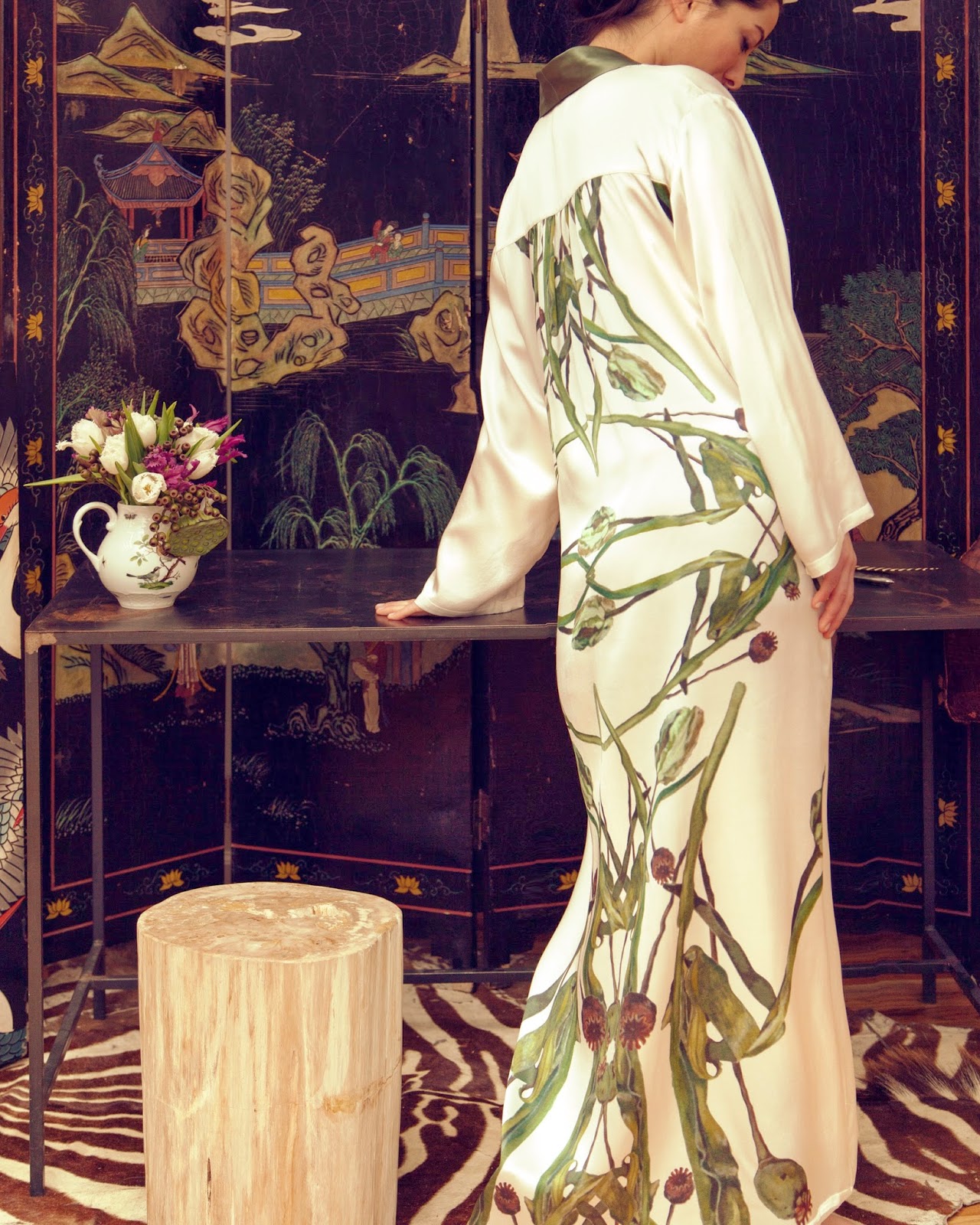 The moment we got word that the project was a go, I set out to Sprout Home to pick up exotic flowers to inspire a print and came out with two: Papaver somniferum (poppy pods), the key note in lemony cakes, opium, heroin and an allegorical poem about the fallen boys of WWI, and Tulipa gesneriana dracontia (super parrot tulip), the mutated, jolie laide cousin of the classic White Dream. Then, I grabbed my watercolors and went to work. When the paintings were done I started manipulating the pods and tulips into patterns until I found one that simultaneously evoked an art deco Chinoiserie trellis - and accented and traced all the best zones on a woman's body. What were the chances? We designed the line around the print - and added in a few clean, classic crisp whites for purists. kumi kookoon then took the print and also made it into bedding - luxurious duvets, shams and throws.

The entire Hovey Design + kumi kookoon capsule collection will be available exclusively through ABC Carpet & Home in New York in the coming weeks - and online at www.kumikookoon.com

Here's a first look at all the clothing. 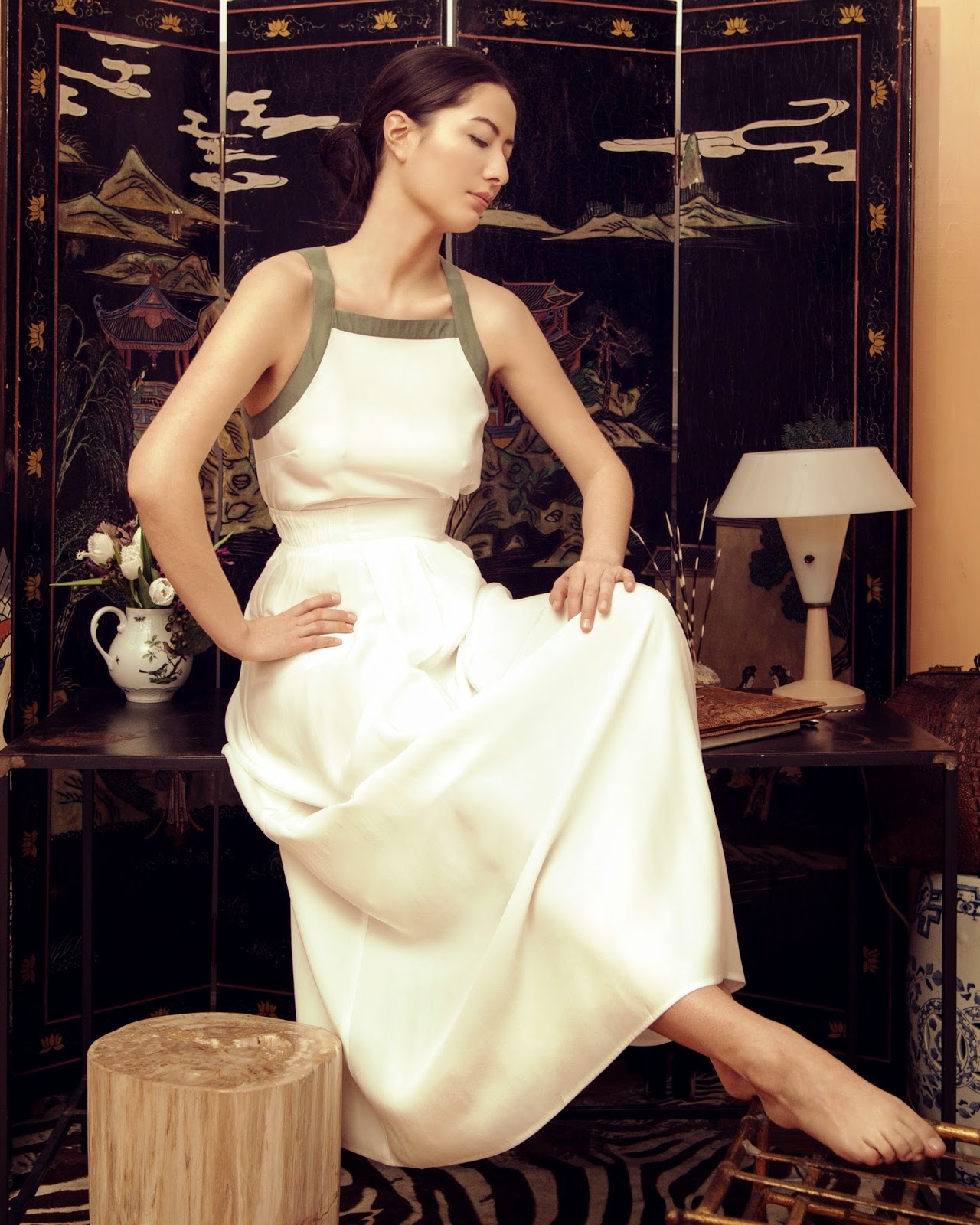 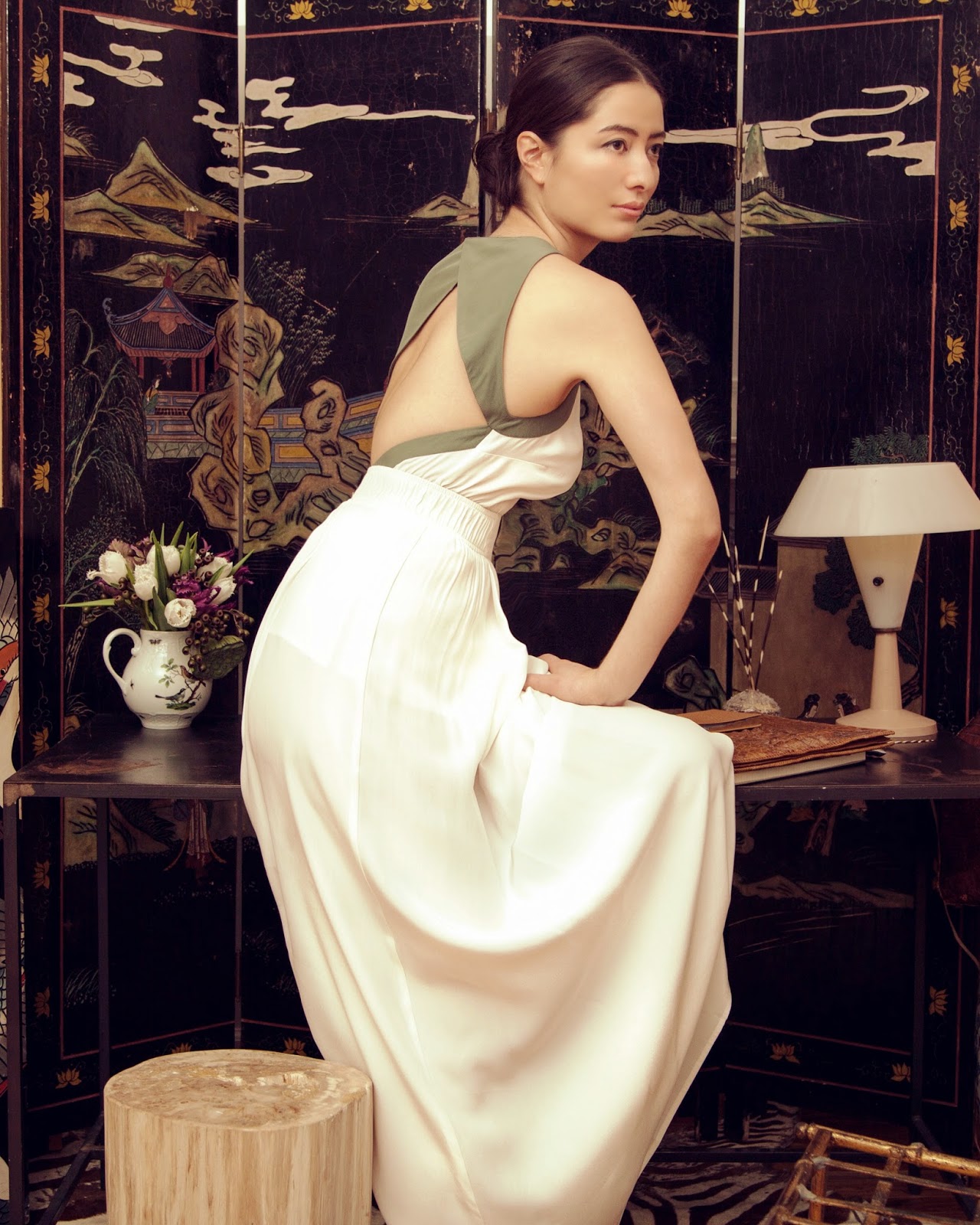 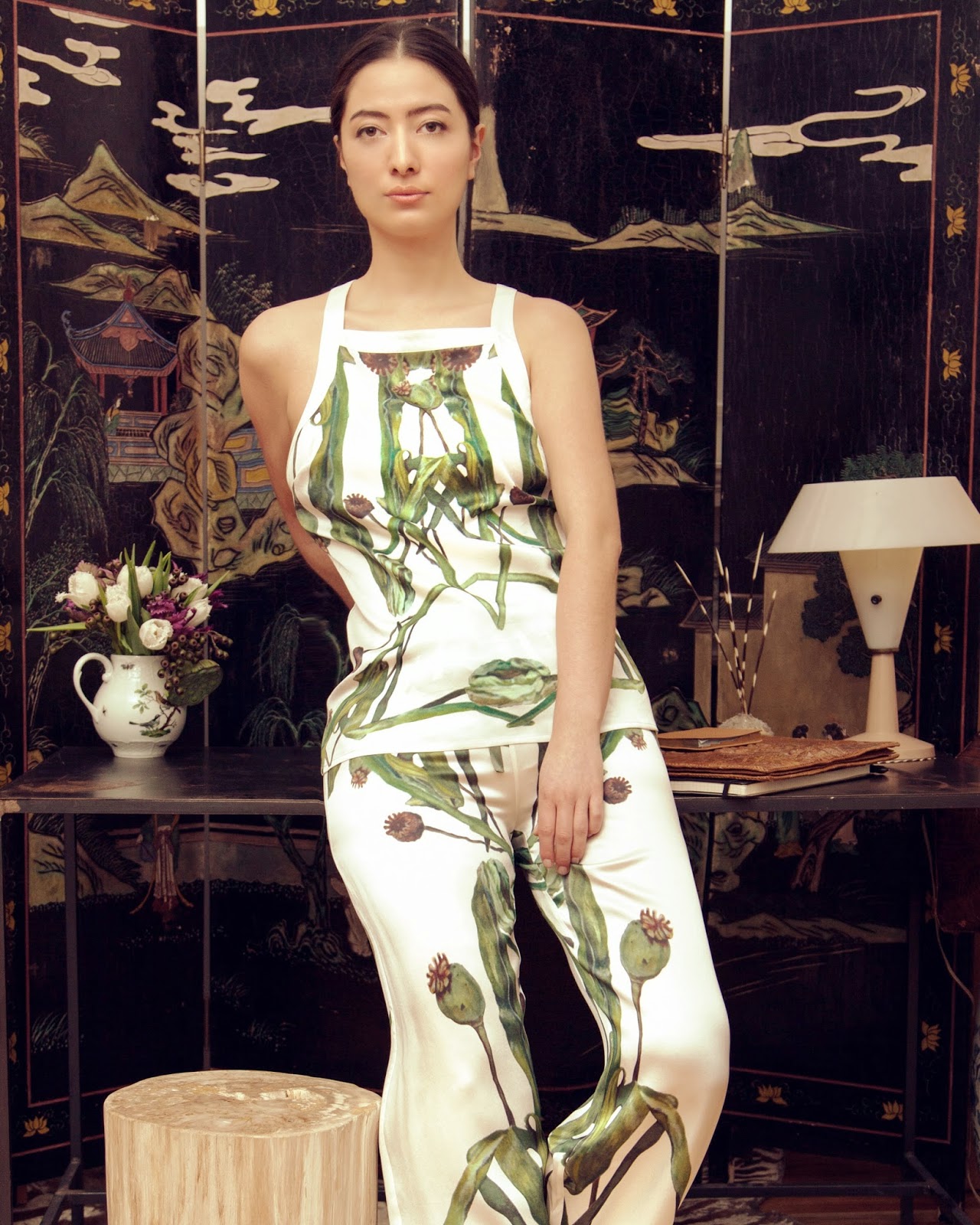 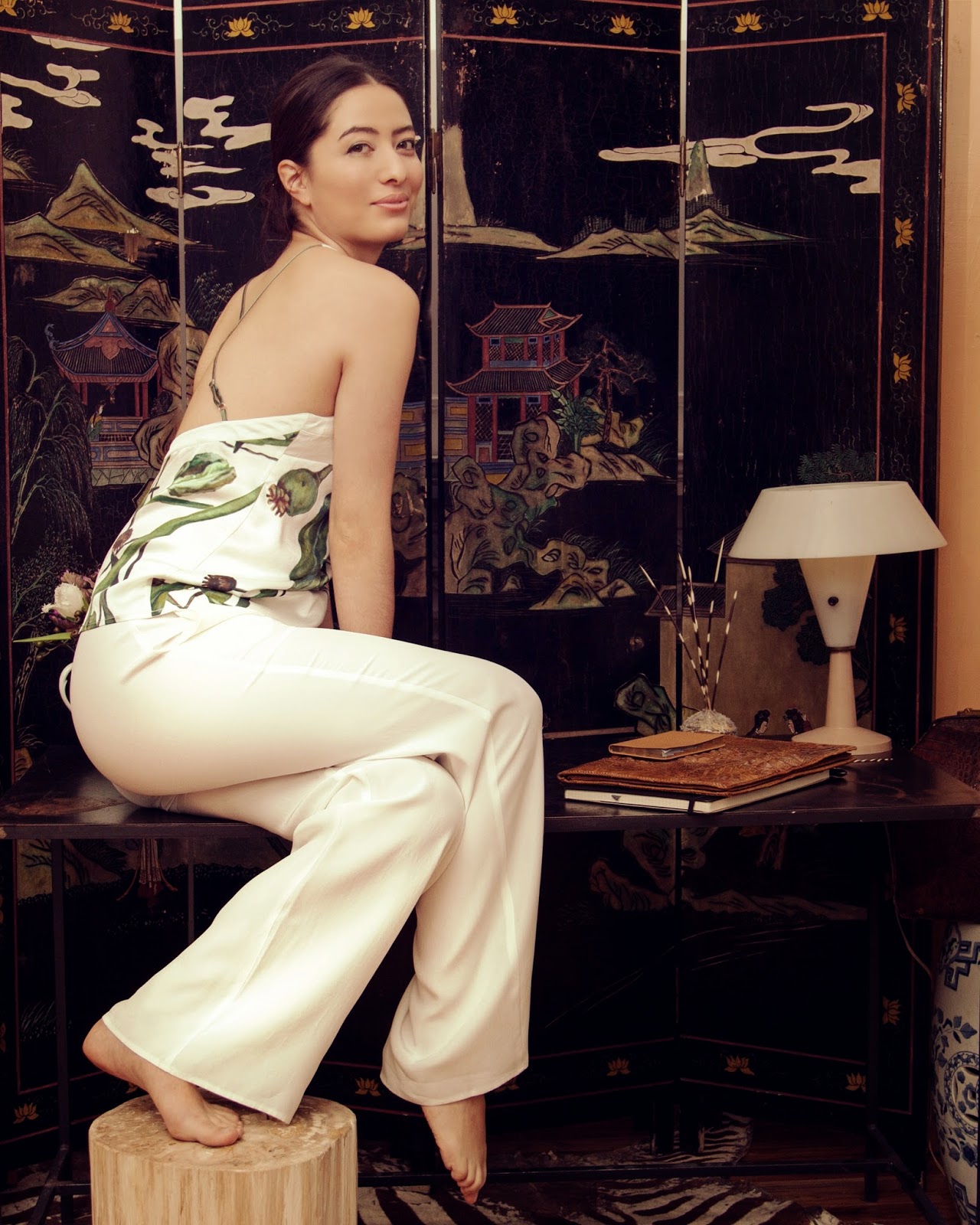 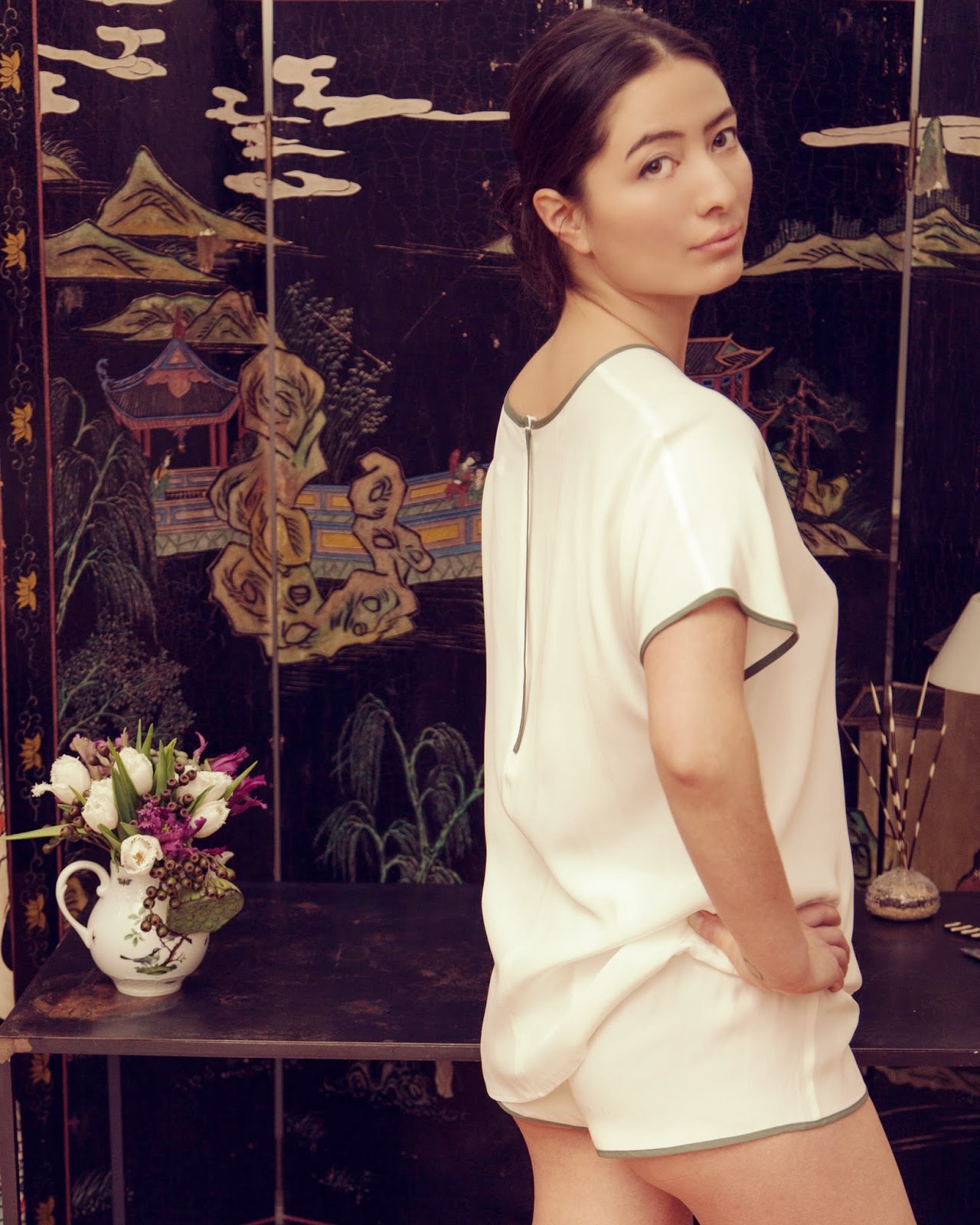 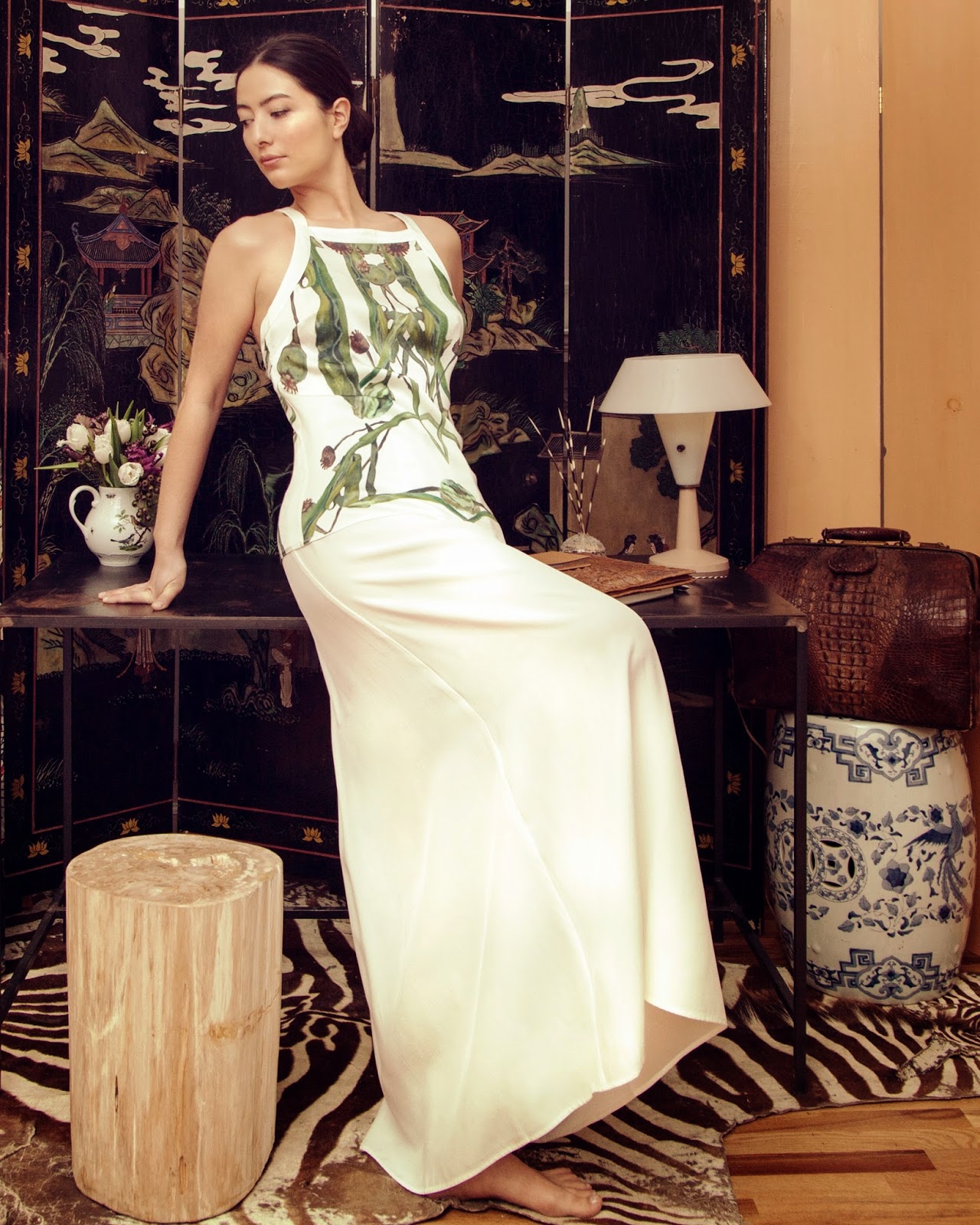 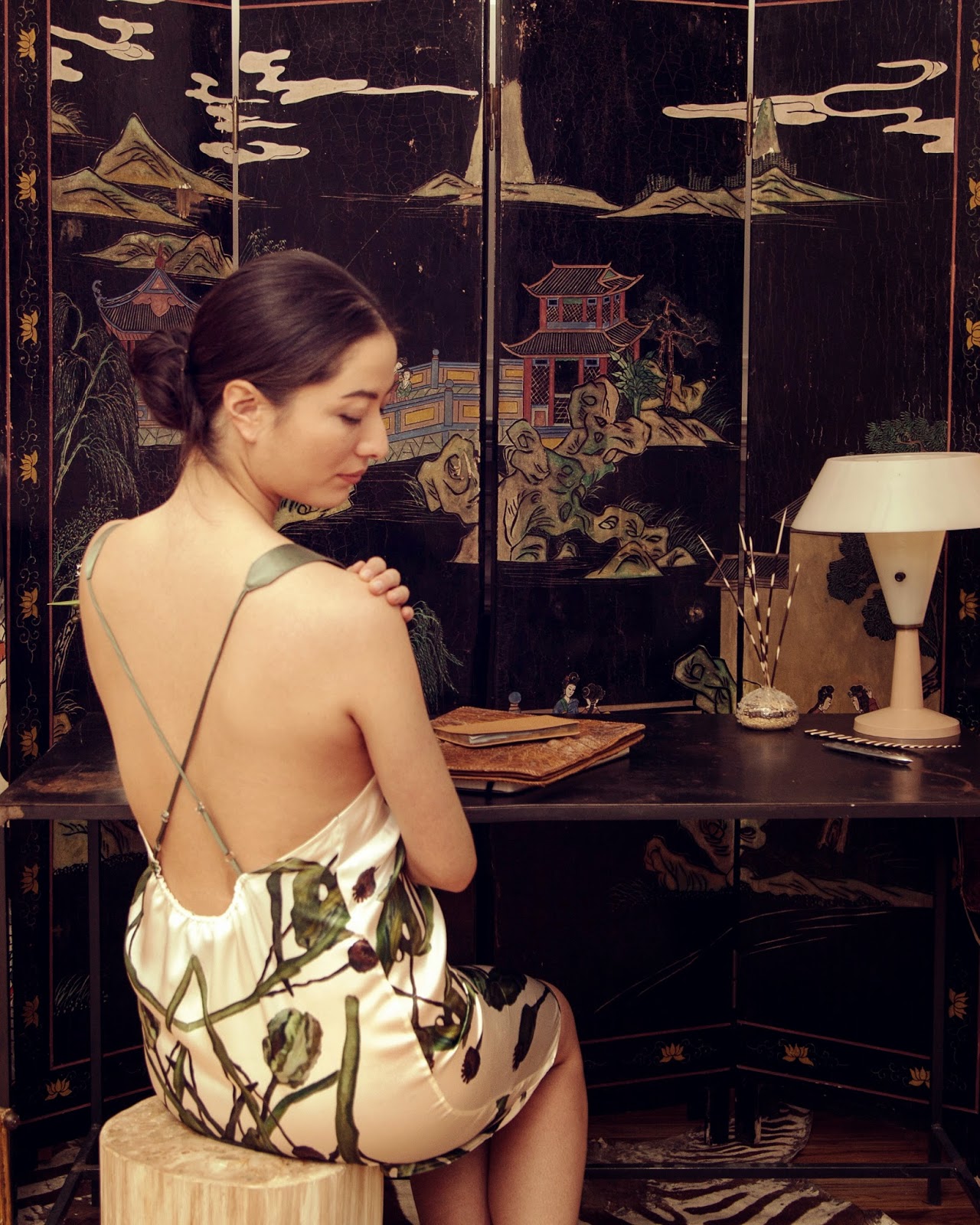 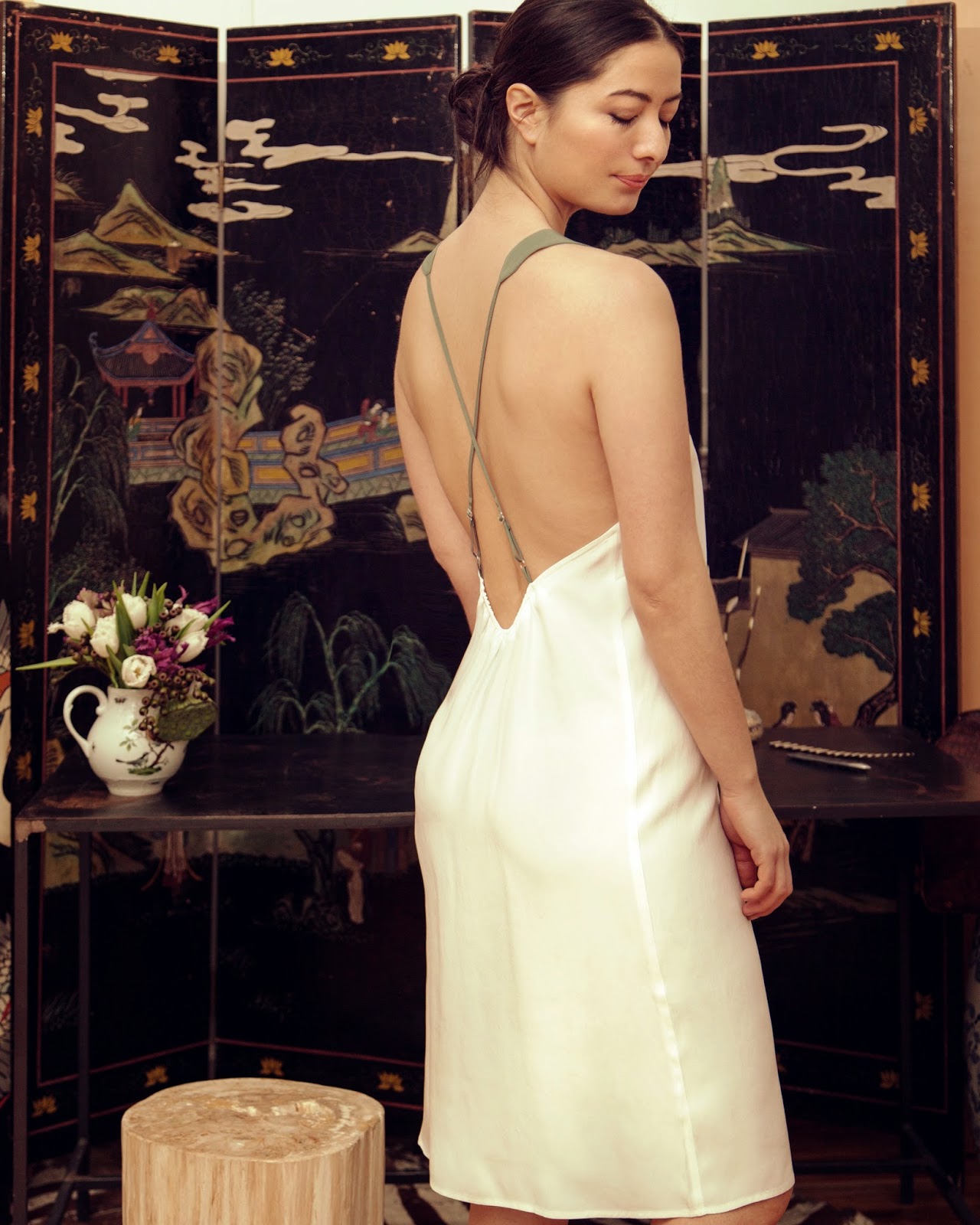 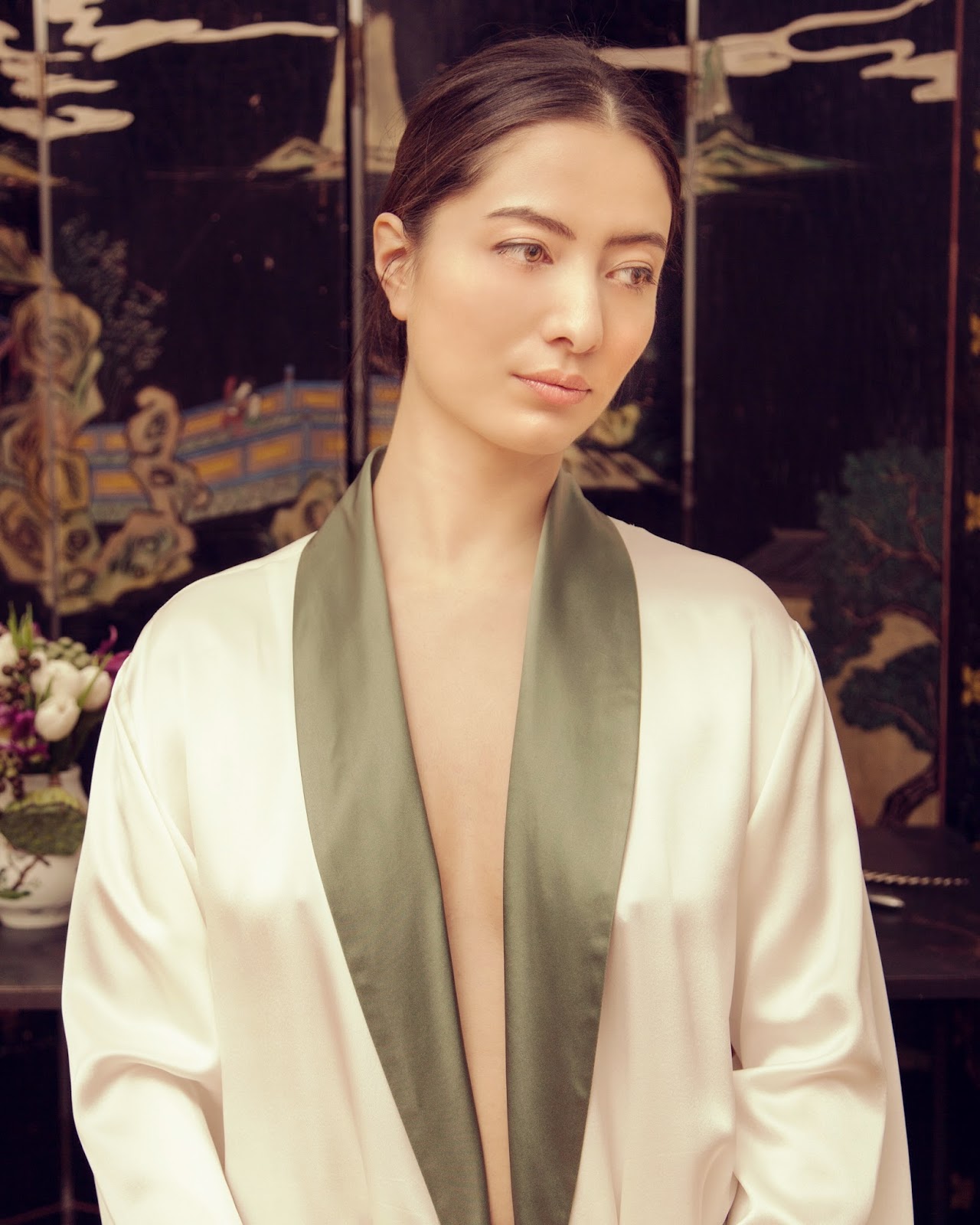 Many thanks to the stunningly beautiful Natasha David for slipping into the silks...and to Porter for capturing the essence of the capsule collection so perfectly in these photos.