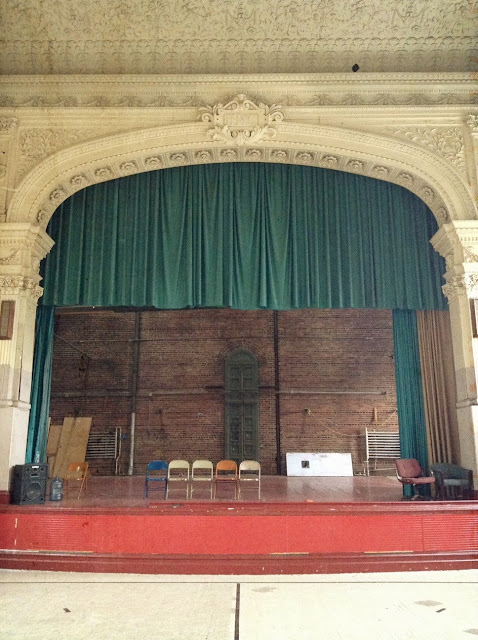 Porter ventured out to scope a venue space in South Williamsburg and left disappointed and forlorn over the track light-laden white box. "Damn, how great would it be if we could find an old gym, like something from a Wes Anderson movie. Yeah, that would be perfect," she thought.

Then she passed an old church...heard the sound of basketballs. So, she broke in.

And this is what she saw. 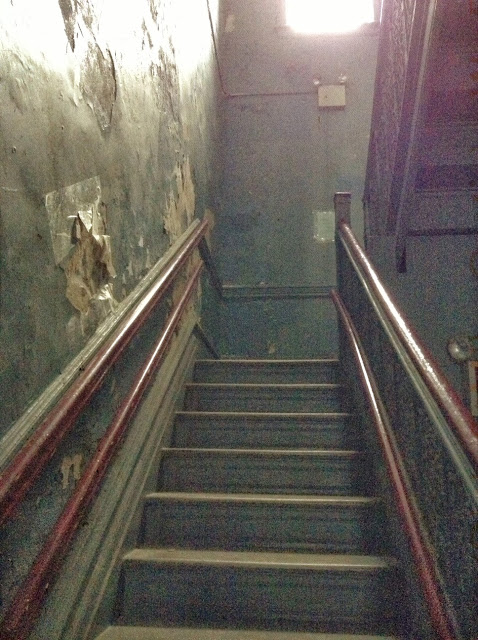 It's Saints Peter and Paul Parish - a working church that also does after school programs (including basketball) and loads of other wonderful work in the community - and a late 19th century architectural treasure. 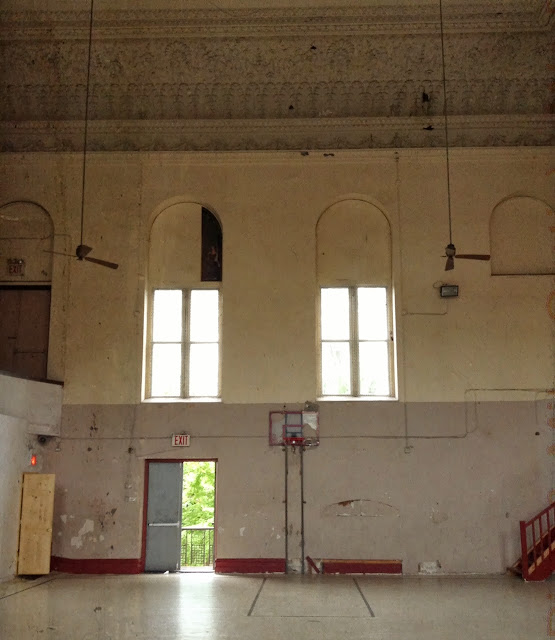 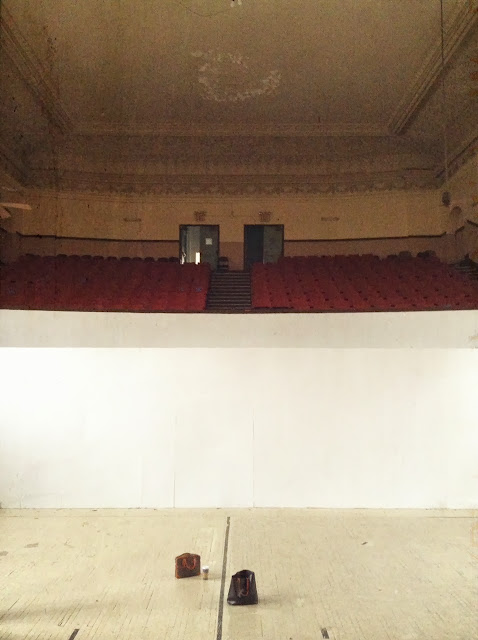 To us, it was the ultimate find. To the party planners, a catastrophic concept. No power! A horrifically large white wall! 1,345 foot ceilings! But, in the end, they helped us make it work - and it was magical...