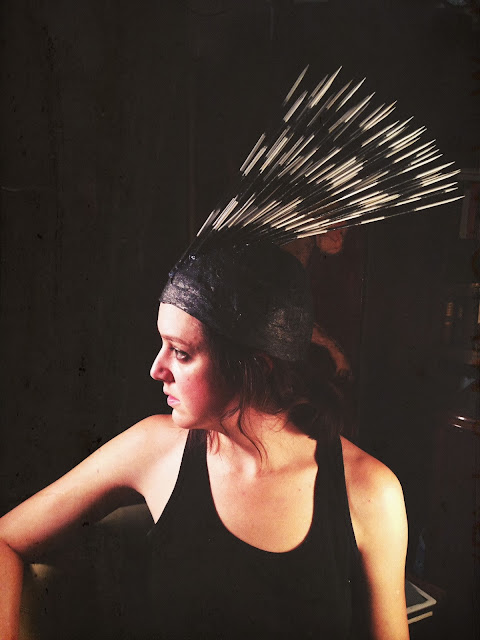 For Porter, I became obsessed with her being some kind of bird, and given her lankiness, a flamingo seemed perfect. But the fabric I found cost roughly $1 billion a yard so that would not do. Demoralized, I made a list of the animals whose skins, heads and bits have decorated our apartment and remembered my own obsession with Anglo Indian porcupine quill boxes. Boom! The Portupine was born (speaking of that process, just look up how porcupines mate!). 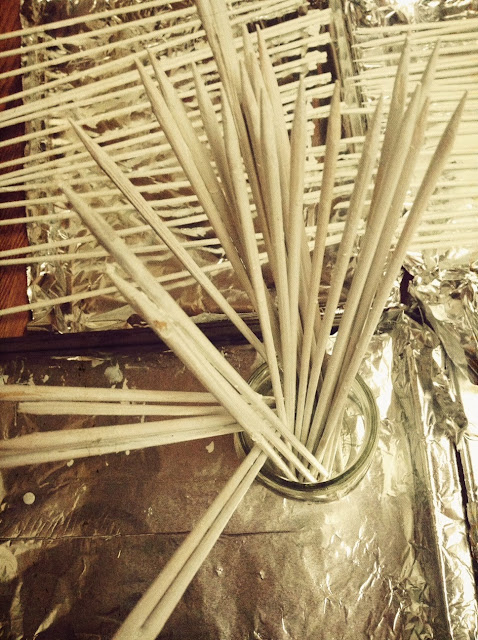 So, I popped downstairs to Food Town and picked up a few packages of large bamboo shish kabob skewers. We used our leftover wall paint to cover them in white. 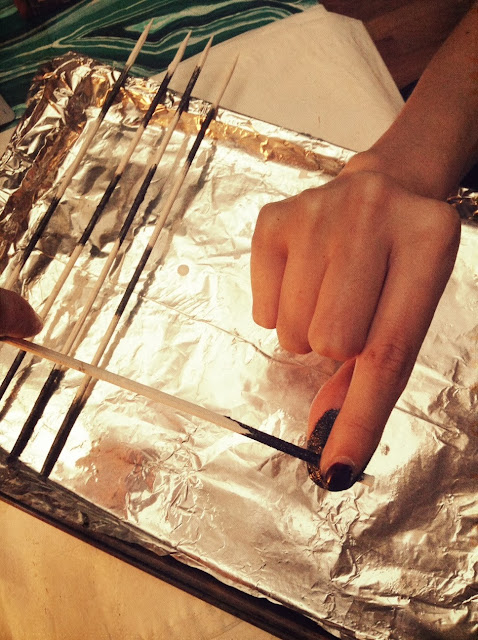 Then the fun part started: the stripes! This part is best done with a partner. It's a horrible burden to think of painting three rings around 100 skewers, so, it's best to opt for messy efficiency. Porter's job was to cover her thumb and forefinger in black glittery gunmetal paint, while I twirled the stick. 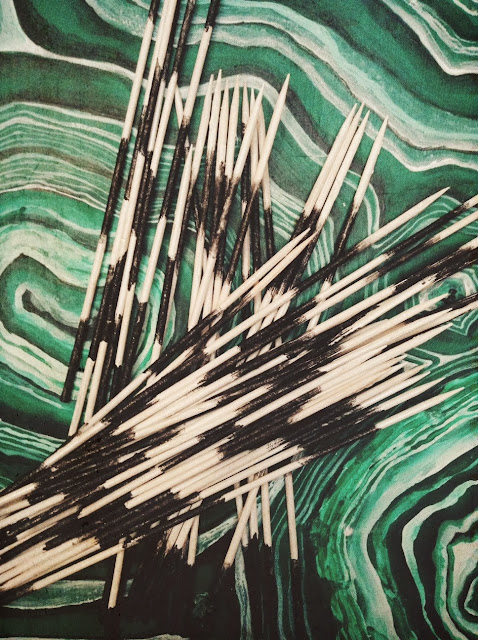 Each one was done in a matter of seconds - and the intentional imprecision of the lines made them look almost real. 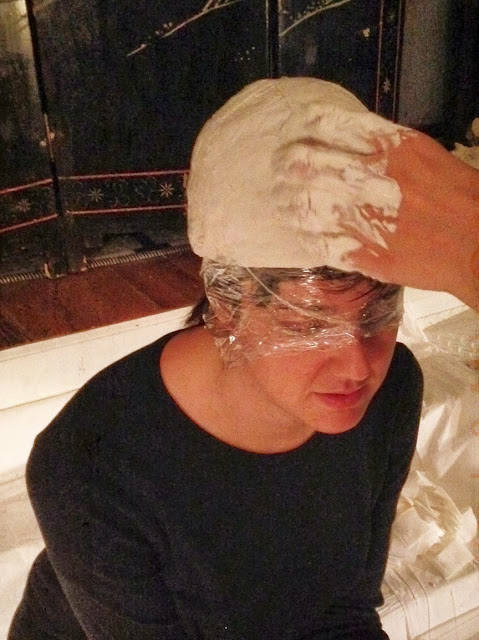 Then came the messier part. I needed a good sturdy base to attach the quills, so again, the plaster of Paris came out. I swaddled her eyes and head in plastic wrap and then applied bandages as neatly as possible. You have to work really fast because it sets up in about 10 minutes. 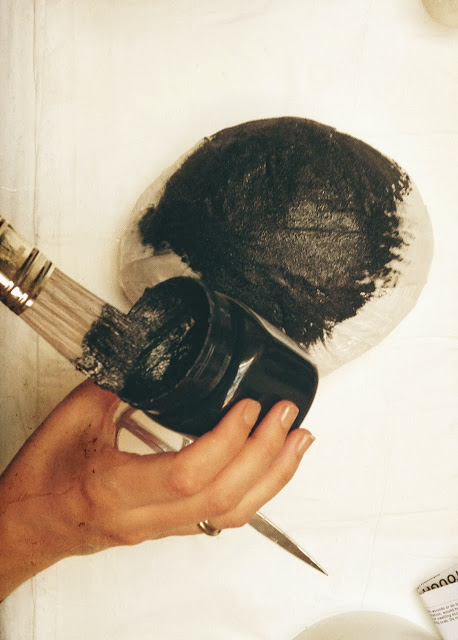 I dried it over night and then painted the whole thing with the black gunmetal paint. 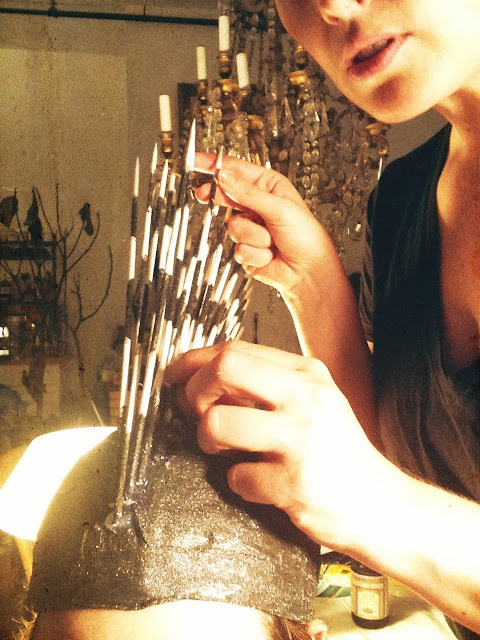 And then I hot glued on the quills, building out from a center row. After a touch up with the paint to cover the glue bits, she was done! It helps that Porter's 6-feet tall - or eyes could've been lost. But as it was, I was a little jealous (and completely excited!) of how truly simple yet spectacular it turned out - and it took roughly 98% less time than my hive.