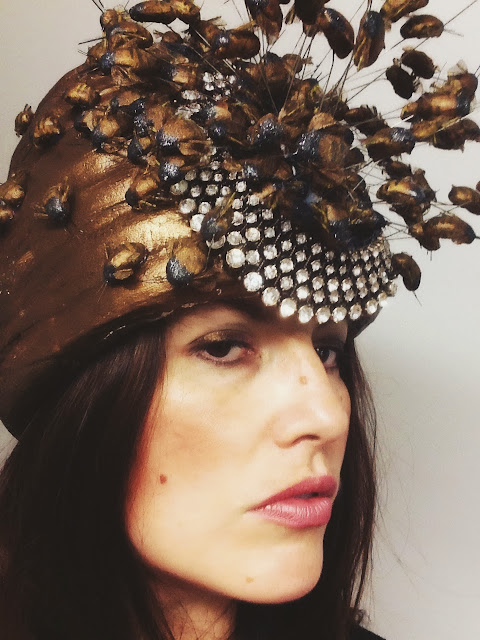 I've always had a thing for turbans. Yet I never wear turbans. Now was my chance! When would there be a better opportunity for turban wearing than a masquerade ball where we're begging the guests to wear elaborate head gear!?

Too bad animals wear turbans about as often as I do. Yet I couldn't let it go. The turban idea had infested its way into my brain and was digging in. So, looking past all of the extreme beauty and inspiration that nature has to offer, I could only be one thing: a bee. Well, a hive of them - and maybe even the queen. 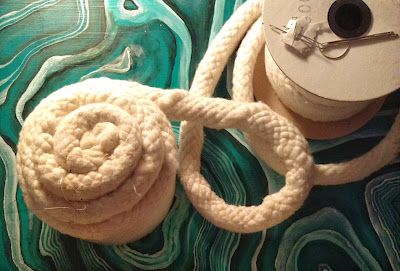 So, I ordered up lots of 1-inch upholstery cord and started coiling and sewing. It took almost a week to achieve proper hive form, albeit a bit lumpy (ah, it's more natural-looking that way)... 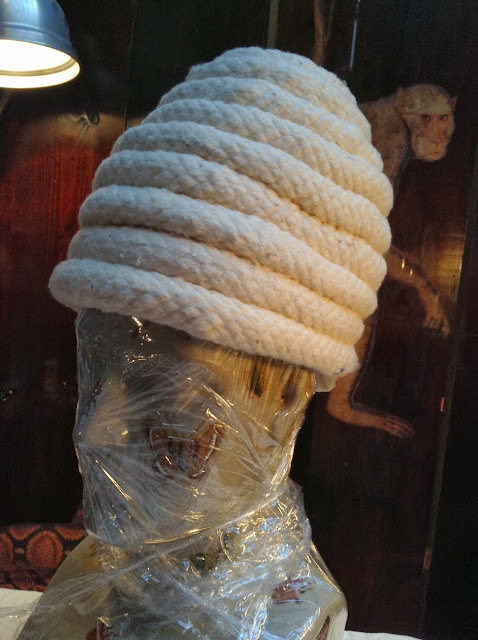 Amazingly, my head bust guy and I have the same sized noggins, so he was a very good model... 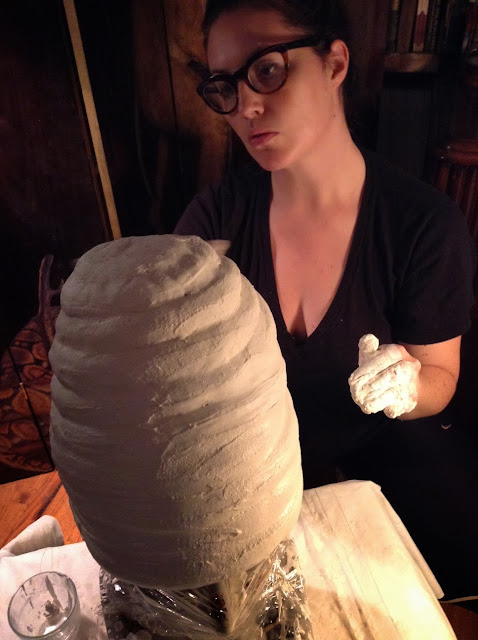 ...which was vital when I applied the plaster of Paris shell. 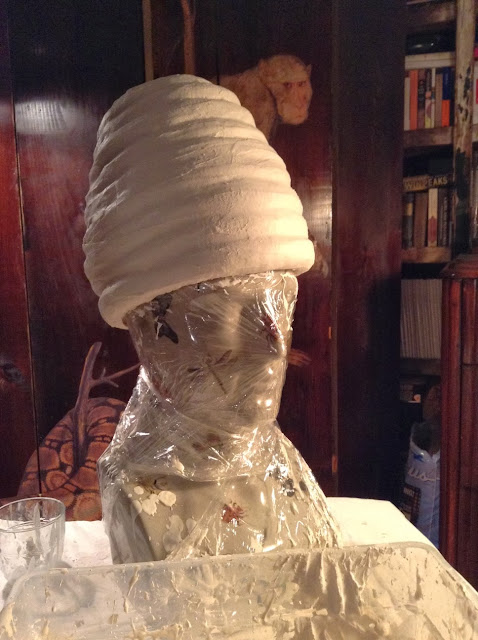 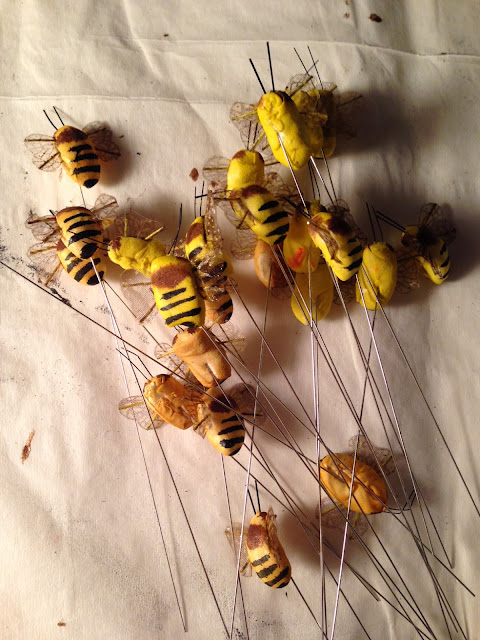 But these were. The cute realistic bees were sold out everywhere (even the fake ones are risking extinction!), so I had to deal with these little creatures. 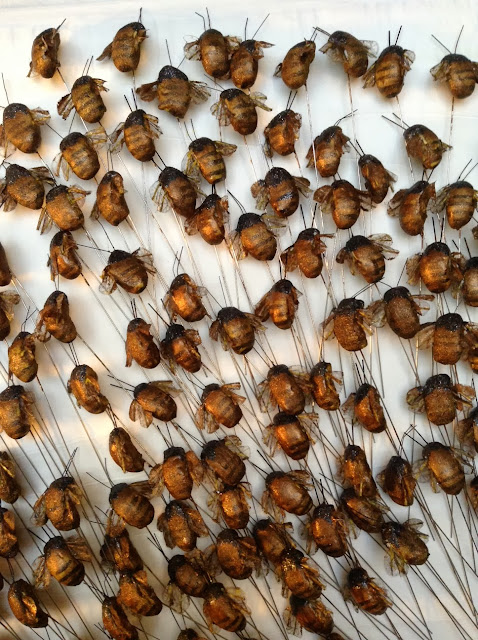 ...Thankfully, they gussied up fairly well with a new coat of paint and a bend to the wings. After painting the plaster shell with a coppery gold, the hot glue came out. I started placing them in an exploding circle in the center of my forehead, then glued on a rhinestone necklace from Zara to hold them in place - just before scattering a few dozen walkers around the rest of the thing. Miraculously, it came out just like I'd imagined and almost looked like a turban...meant for some kind of queen.