Japan - a Trip That Did Happen, Months and Months Ago 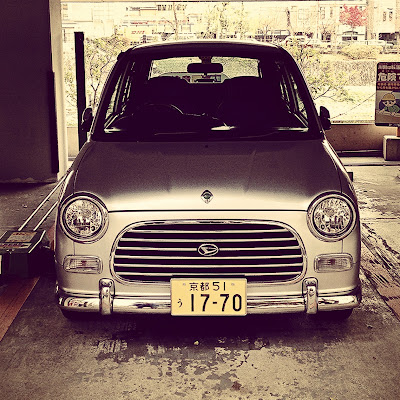 Porter and I somewhat spontaneously popped to Japan back in November. In an incredible turn of fate, just days after we got back, the editors at the beautiful magazine, Man of the World, called looking for a few extra impressions of Tokyo. I got to contribute a few points and you can read the whole city guide here (or better yet, get a real copy of the mag. It's wonderful).

Miraculously, I've finally managed to cobble together a few extra bits, bobs and peeks into our 18-year Yamazaki, noodle and BBQ laden adventures there and through Kyoto.

(This gem above was parked next to the main canal that runs through Kyoto. How great are the license plates?). 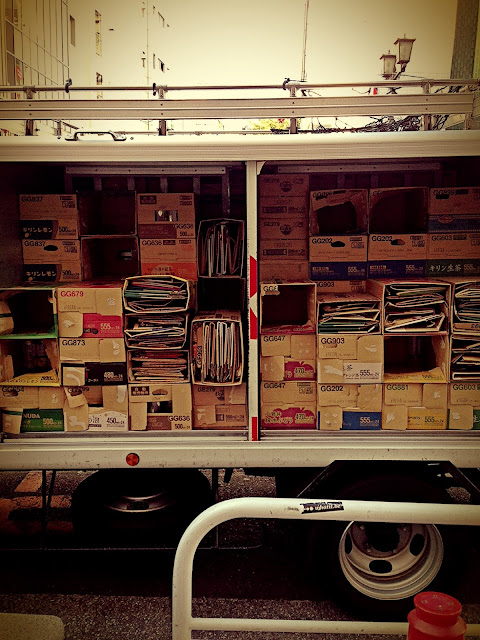 Recycling, I suppose? This order just would never happen in New York. Ever. 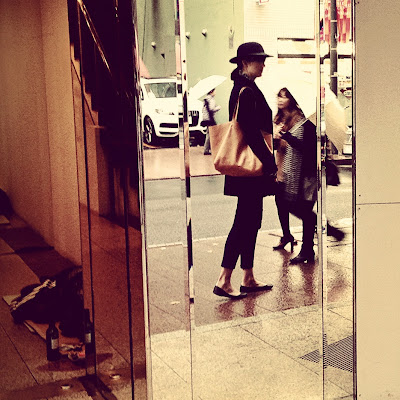 Porter, pretty tall and pretty spiffy in her Madeline-inspired Carven hat that she picked up at Dover Street Market in Ginza. 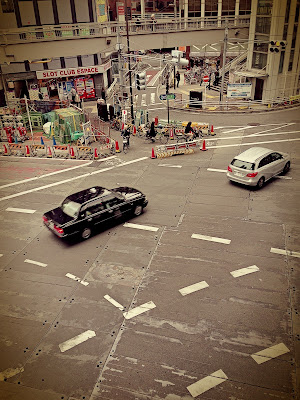