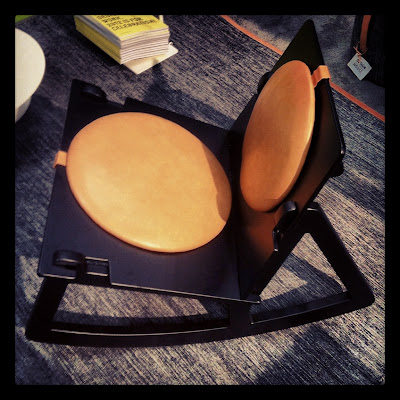 One of the subjects in our book - who has the most spectacular home I've ever seen in real life or other books - sees and arranges things in a way that - frankly - everyone should: in contrasts. Dark next to light, curved next to straight, smooth next to rough. It's so simple, but also profound. Einstein - had he been into interiors - would've been all over it. It's all about relativity. A curved line next to other curved lines will blend into the environment. Place it next to straight lines and right angles and that thing will pop.

One of my fantasies in fashion magazines and Olympics coverage is that the super humans (models and athletes, respectively) would be compared directly to normal plebes some of the time. If models are only photographed with models and swimmers with other swimmers, our eyes and brains go wild and completely lose perspective. Want to use Ryan Seacrest in your coverage? Why not have him run against Usain Bolt? Or sink into the middle of the pool on meter 48 in a race against Michael Phelps (as Michael finishes dripping dry and prepares to crack open a Budweiser)? That would be legendary television.

What's also legendary is how long I'm taking to get to the point, which is: After all these years of vintage collecting and clutter, my mind and eyes need a rest. A little sorbet to cleanse my aesthetic palette. Some ridiculously simple and pure items to balance and calm all the madness. Thank god for this summer's Japanese and Scandinavian/Benelux invasion of the Accent on Design section of the New York International Gift Fair.

Design House Stockholm's Rock Chair by Fredrik Färg was my favorite piece of the show. Made from four simple cut pieces of wood with a couple round leather disks for pads, this beautiful rocking chair embodies deceptive Scandinavian simplicity. The piece looks equally fitting in an old Swedish palace as a purely minimalist loft. 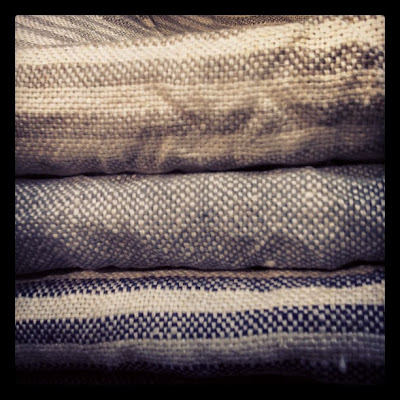 I wanted all the rough, wrinkly linen at Japan's Fog Linen Work booth. 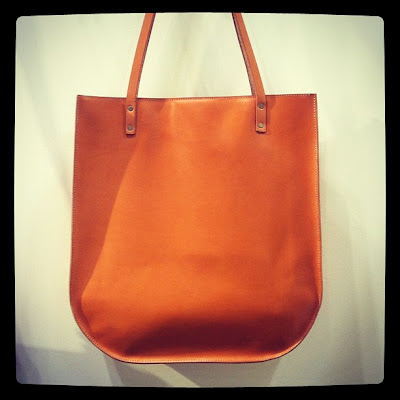 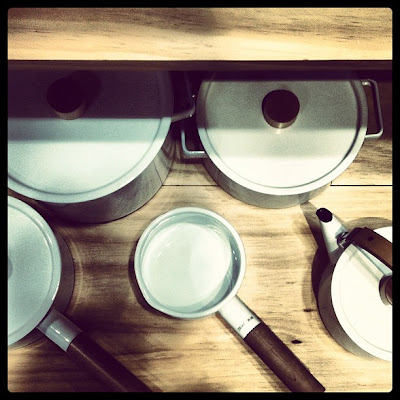 Makoto Koizumi's enamel cookware for Kaico would look pretty wonderful next to the blue wolf, I think. 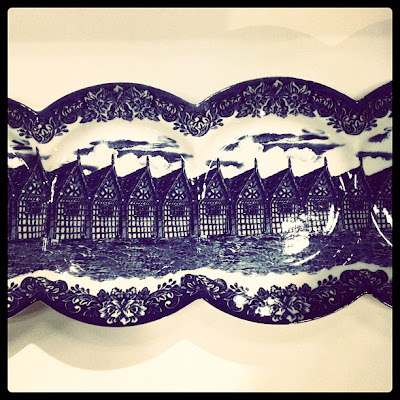 Make anything look Delft-ish and I'm all over it, especially Maxime Ansiau's collection of multiplates.