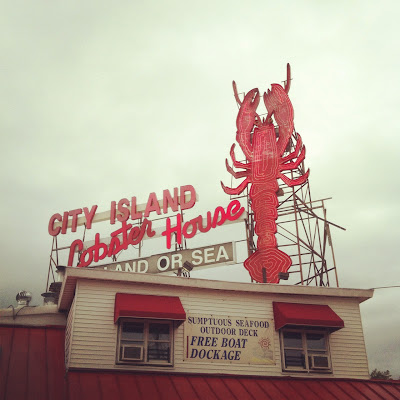 The freedom of going through one weekend without a humongus, imminent deadline looming felt so good that you'd imagine Porter and I had lost our noses to the past six months of grindstone action. Don't get me wrong, we have been working harder than any time in our adult lives, but there has also been considerable jaunting (lots of that for decorating clients), wine consumption and television watching. But none of those things were just jaunting, wine consumption or TV watching. They were procrastinatatory (not a word, but should be), guilt and knot-in-the-tum-inducing hijinks. But for the last few days we had a tiny spate of calm -- and it was wonderful to just relax and go and not sneak away under a cloud of guilt.

On Friday, Port and I popped up to City Island in the Bronx. Something magical happens up there. Once you turn off the highway, BOOM...smells like the ocean and you're in a wooded park. The New York Times said it's like Stephen King's version of the Cape. The New York Times is right. It's still simple, rough around the edges and filled with fisherman. We liked it so much in the dark, that we decided to pop back from breakfast on Sunday morn. 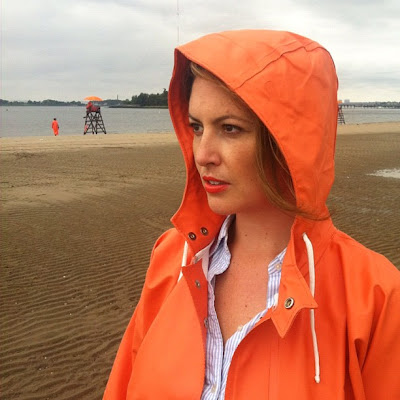 There's apparently a dress code on Orchard Beach, an odd Grecian temple-looking zone just a spoke of a traffic circle away from City Island. 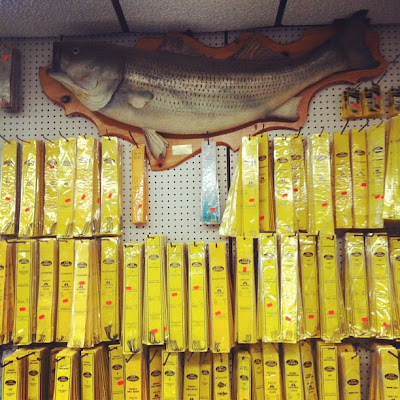 You can rent motorboats for $70 bucks a day on weekends at Jack's Bait & Tackle. They have a bunch, but get there at the crack of dawn if you want one - and bring your own pole. They have the bait - and tackle - AND a full line of Grundéns Swedish fishing gear if you expect the perfect storm to hit Eastchester Bay. While I have no plans to advance my fishing beyond bait and hooks like Grandpa Pete taught me as a kid, I do hate to carry umbrellas, so I got myself a rain jacket (see the pic above). 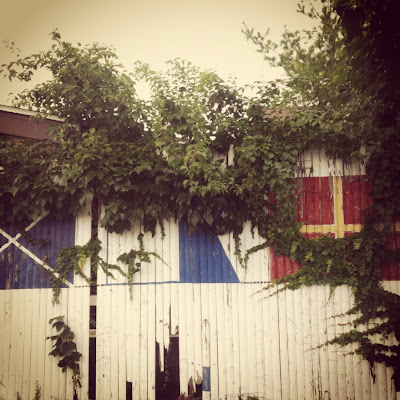 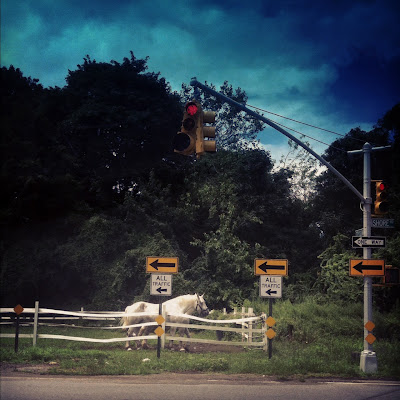 This happened on the way back to town. 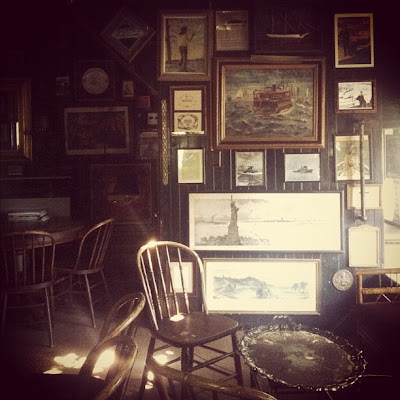 On Saturday, we headed South to Lambertville, NJ, a quaint little town of old inns and antiques shops along the Delaware River - hoping to find some great pieces for a client. We came up short, but did get to finally scope out the Boat House, a lovely little nautical pub at the end of an alley. 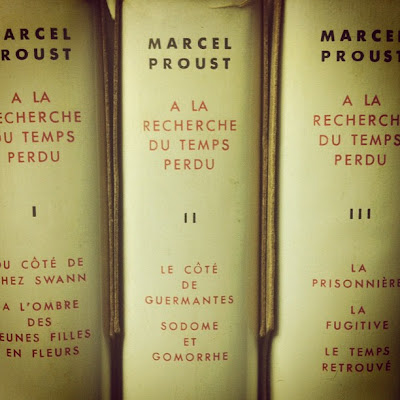 Where we came up short on the furniture front, we hit a bounty at Phoenix Books. I loved the simple fonts on this set of Proust. 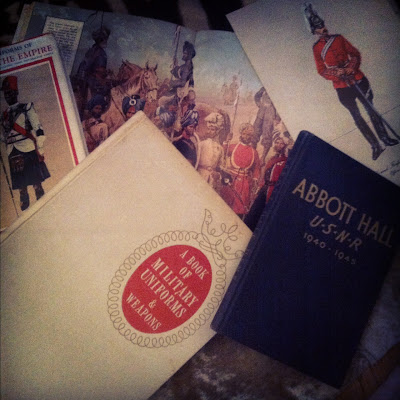 And I bought almost all of their tomes on military uniforms (well, the ones with the good pictures). 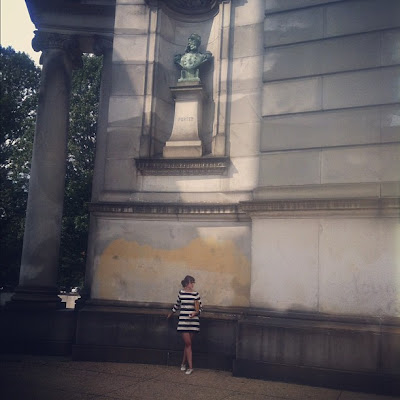 We just couldn't get enough of driving with the windows down, blasting Dylan, Redbird and Dan Auerbach, so we popped to Philly for a very brief buzz through Fairmount Park where the monumental Smith Civil War Memorial stands - and Porter stood beneath the bust of Admiral David Dixon Porter. 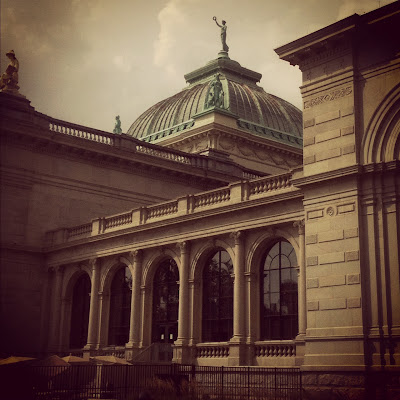 ...and gawked at the museum that requests the kiddies to "Please Touch."