Pictures from Home: A Visit to the National World War I Museum 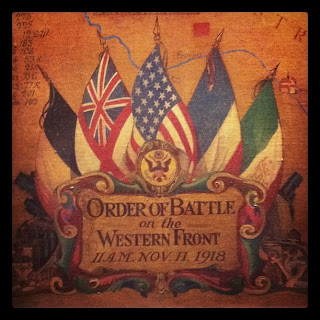 Kansas City gave me one of the best gifts ever this Christmas: a touching, beautiful, honest, fascinating homage to everyone touched by and lost to the first Great War. You enter the National World War I Museum's new wing (opened in 2006) walking on glass floating above a field of 9,000 poppies, each representing 1,000 of the 9 million soldiers who died during the conflict and recalling images from John McCrae's poem In Flanders Fields:

In Flanders fields the poppies blow
Between the crosses, row on row,
That mark our place; and in the sky
The larks, still bravely singing, fly
Scarce heard amid the guns below.

We are the Dead. Short days ago
We lived, felt dawn, saw sunset glow,
Loved and were loved, and now we lie,
In Flanders fields.

Take up our quarrel with the foe:
To you from failing hands we throw
The torch; be yours to hold it high.
If ye break faith with us who die
We shall not sleep, though poppies grow
In Flanders fields.

In 1919, a year after the war ended, a local group came together to raise funds for a memorial. Within 10 days, Kansas Citians handed over $2.5 million to make it happen - a staggering amount for the day (or any day). On November 1, 1921, the supreme Allied commanders - Lieutenant General Baron Jacques of Belgium; General Armando Diaz of Italy; Marshal Ferdinand Foch of France; General John J. Pershing of the United States; and Admiral David Beatty of Great Britain - gathered together in the same place for the first and only time to dedicate the site in front of a crowd of 100,000. President Calvin Coolidge dedicated the nearly finished memorial three years later. 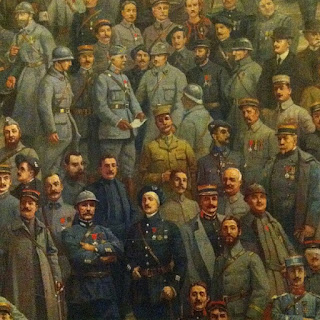 The original museum sits in two sections on either side of the memorial gloriously featuring sections of all that remains from the incredible mural Pantheon de la Guerre, started in Paris as a French propaganda vehicle in 1914 and eventually displayed at the Chicago World's Fair in 1933. Originally 402 feet long by 45 feet high, it took 30 artists painting until after the armistice for the massive work to be complete. It served as a sad memorial of loss for Europeans but the Americans framed it as a patriotic piece when went up at the fair. But then it was thrown into storage and forgotten as the second great war unfolded. Kansas City acquired it in the 1950s and pieced together about 7% of the undamaged pieces (which are still staggeringly large) to fill the two old wings of the museum.  This detail featuring tiny portraits of real soldiers above hangs in the western wing. 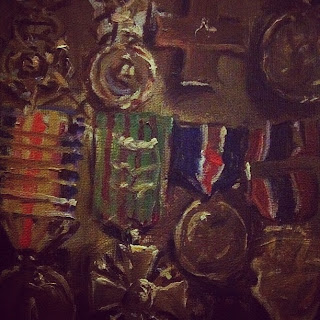 A detail of a portrait of John Lewis Barkley's uniform. The Missouri boy was declared the most decorated soldier of the Midwest. 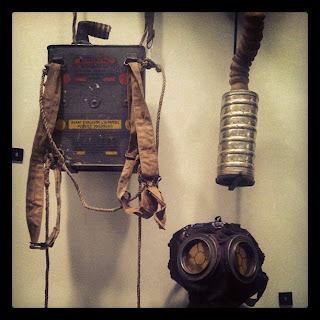 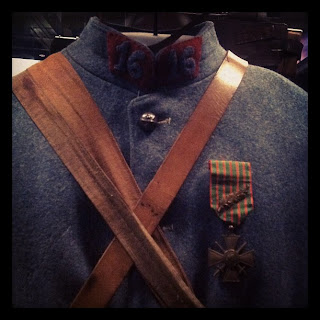 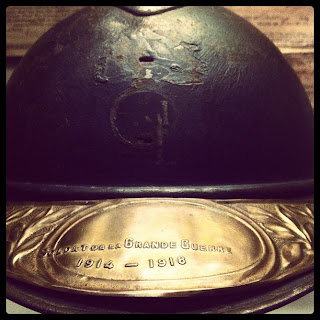 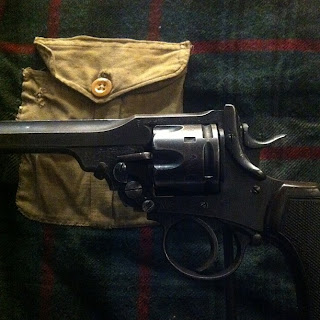 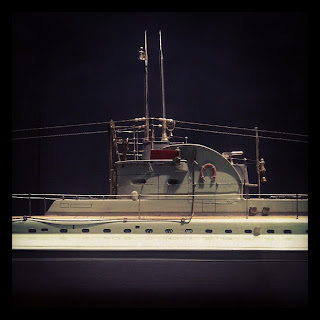 A model of the German U Boat 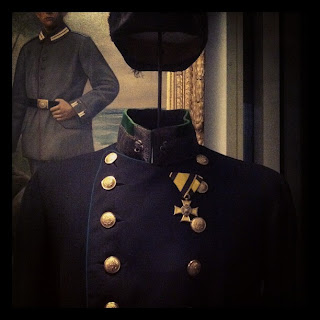 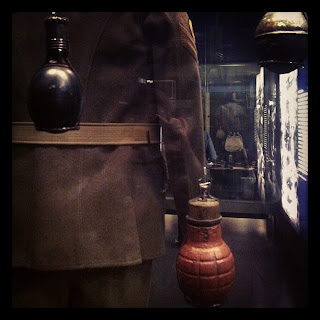 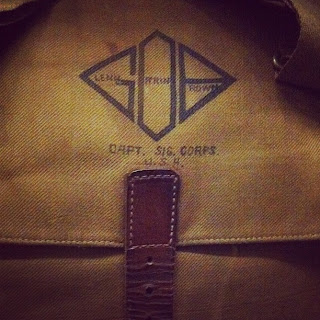 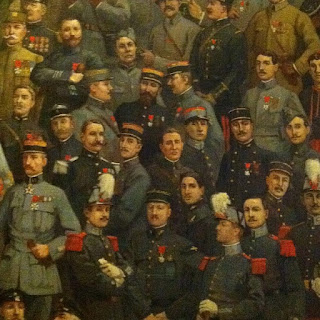 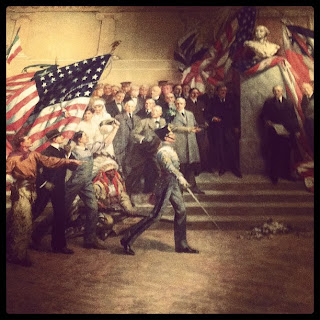