Best of (in my Noggin) the NYIGF's Accent on Design 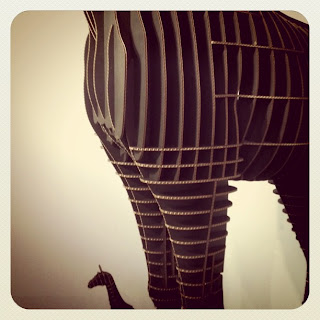 Maybe it's because of the sheer childlike joy of giving (and getting) gifts, but I always revert to kid-like fantasies when I walk the New York International Gift Fair. Last time, I liked the very grown up Bellocq tea packaging the best, but I was really also in love with Doca Pet's doggy chew toys that looked like green plastic soldiers and smelled (and tasted, if you were to take a lick) like peanut butter. This time around, a gigantic giraffe won out. He's from the Japanese design house D-Torso and he would make any kid who got him and put him together the coolest, most imaginative tyke in school. It's die cut cardboard! But also a B.A. creature. 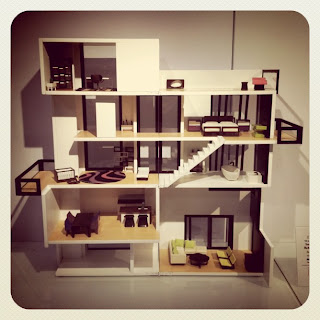 That said, the uber modern doll houses from Brinca Dada aren't too shabby either (yet exponentially smaller). 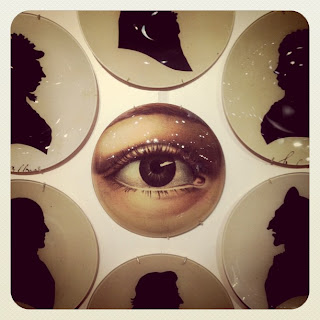 John Derian's booth looked just like the store, which means it was amazing (as usual). 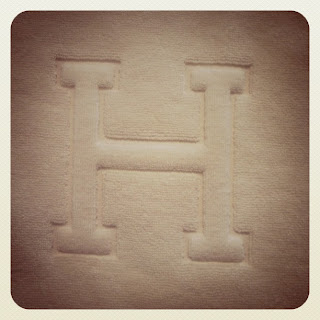 This Matouk towel was actually in an entirely different section, but I loved it for obvious reasons. 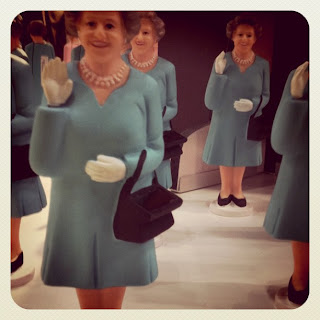 And we can't all be like Kate M., but we can buy oodles of her grandmother in-law from the fun folks at Kikkerland.