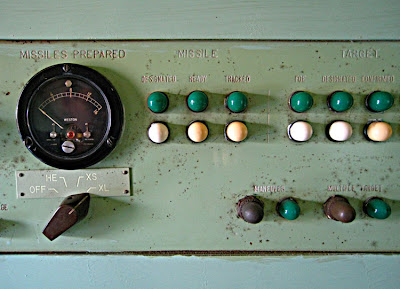 When Peter Schendel surfs up and down the north east coast, he likes to pop over to the abandoned nuclear missile sites nearby (and it seems that there are quite a few). The fact that anything (let alone XL missiles) could be launched with any precision from technology like this blows the mind just like the Apollo missions.  However, we all can celebrate that these rockets never launched. 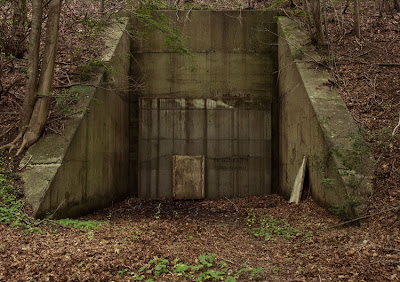 That door is a large one for humans to enter - just to give an idea of the scale. 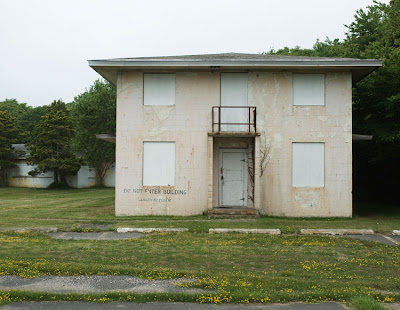 Ironically, that little building looks quite Russian.
All photos by Peter Schendel.