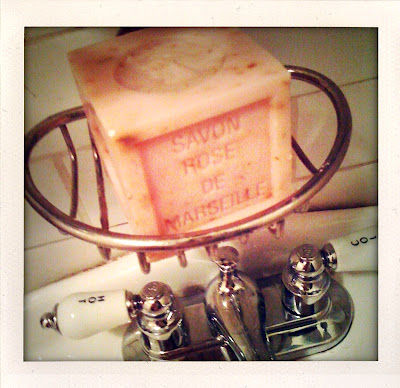 Once a friend had a terrible fight with her boyfriend and he sent her flowers to apologize. Unfortunately, the flowers he sent were carnations. Still furious, she called him and said, "I got 'em and they're unacceptable." He heard that as, I got them and they seem to have wilted significantly in the trip over. So he called the florist and demanded that they send over another bouquet - of carnations. Just last week, a friend mentioned that her boyfriend - in a couple exponentially sweet maneuvers - had brought her roses. Amazing in concept, but she kind of hates roses.
If a guy goes and picks wild-looking roses from his grandmother's garden and sticks them in a vintage tea pot -- a gal will probably love them to bits (and will eventually realize that she's been dating a gay man). But short of that, we don't really desire them (and we certainly don't desire carnations). We want a flower that's as individual an un-ordinary as we think we are!
This was a very roundabout way of saying, that while the plants aren't that fantastic, the scent of rose can be wonderful to have around. Porter and I picked up this Savon Rose de Marseilles soap the other day and it's filling the bathroom with wafts of heaven-like femininity. That combined with the scent of Davines Love shampoo has made the commode the most romantic-smelling room in the apartment.