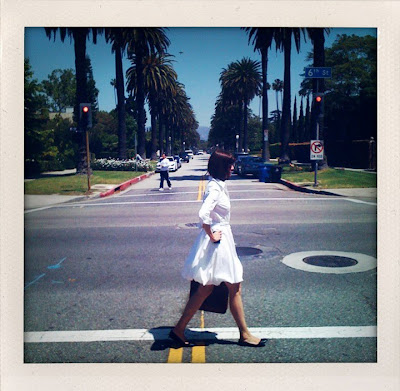 First, I want to thank all the readers who sent their suggestions of places to go -- they all sounded amazing. Since we were both lazy and car-less, we didn't make it to many, but I think I should compile and share with the masses. So stay tuned for that! Here we have gratuitous glamor shots around L.A. and Santa Monica. Above is Porter in Norma Kamali on 6th Street in Old Beverly Hills (right? regardless, it's a neighborhood in which the residents spend at least $1 trillion annually on landscaping). 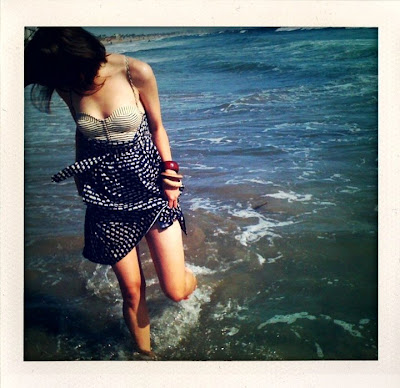 Porter splashing in her new Opening Ceremony dress. The New York store is amazing; the L.A. store will make you cry it's so far beyond amazing. 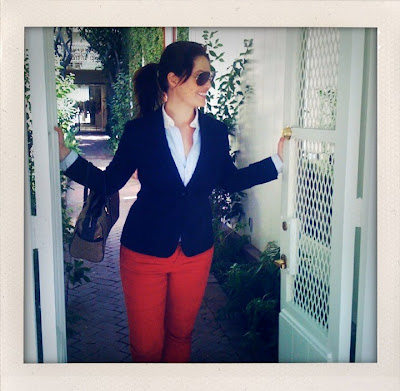 Me, near Melrose, in a cutting edge mix of Gap corduroys, Rugby oxford and Brooks Brothers blazer. 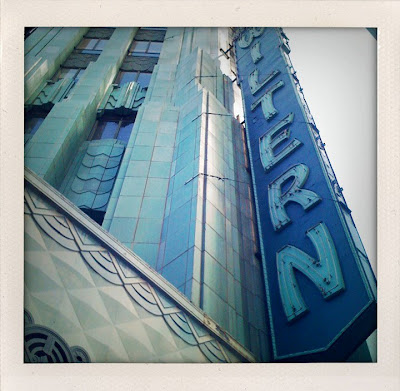 The beautiful Wiltern Theatre on Wilshire in Koreatown. 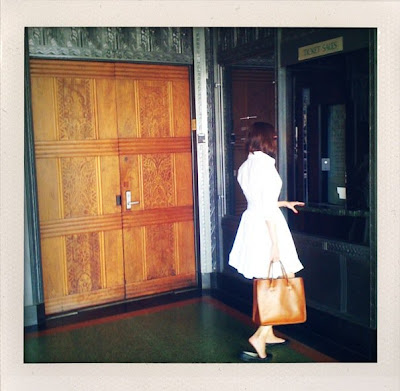 More of the Wiltern...(Port's bag, which just gets better and better with age, is BillyKirk). 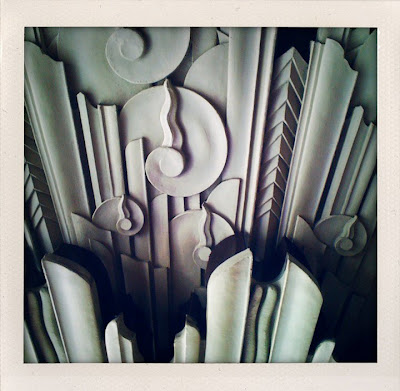 The ceiling over the box office at the Wiltern. 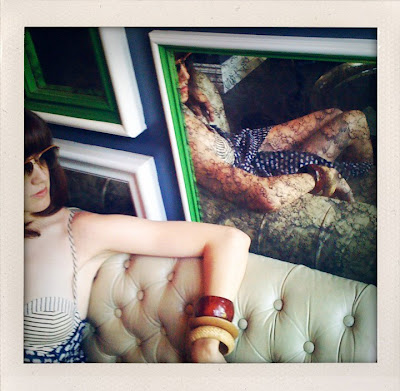 Porter, on the white chesterfield in the Viceroy Santa Monica lobby. 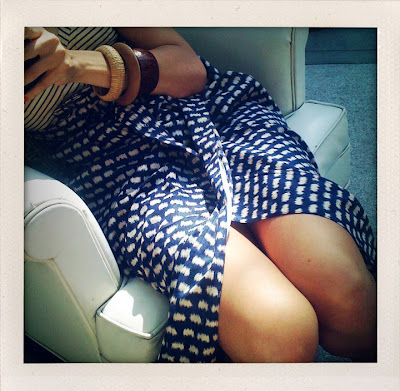