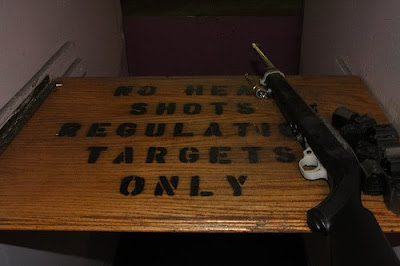 The utterly cool ladies from The Society invited Porter and me to take out some vengeance on a few targets last night at the Westside Pistol & Rifle Range (which happens to be located in an office building basement next to a strip club, making West 20th Street between Fifth and Sixth Avenues the ultimate block for boys - and girls - to behave badly). We continued to celebrate The Art of the Hunt at Rye House, where we washed down our Beef Wellington sandwiches with 23 year old Zacapa rum. 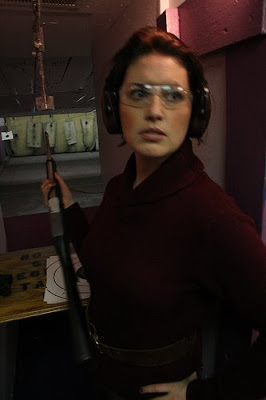 I've never been able to wink - my whole face scrunches into something resembling a palsy victim - so it was quite exhausting to keep the target in my sights the whole time. I didn't want to be a wuss with a blacked out right eye on my safety glasses, so I left with a face cramp. But it was worth it. I really don't get how those biathaloners do it. 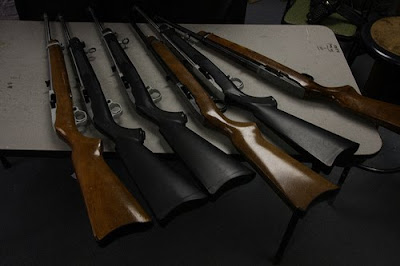 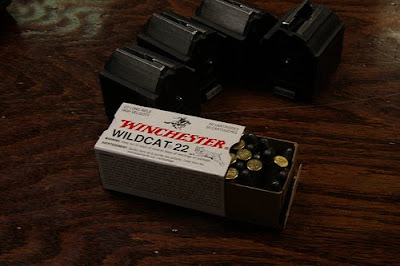 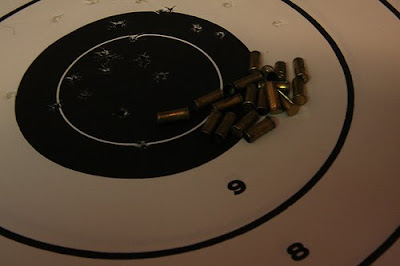 This was my attempt from furthest away. All I have to say: Don't cross me. 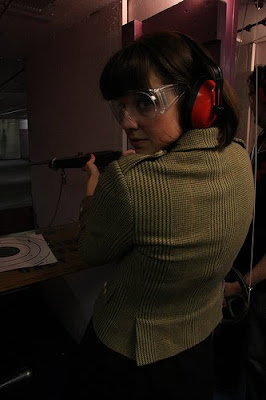 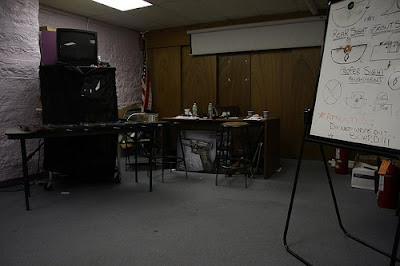