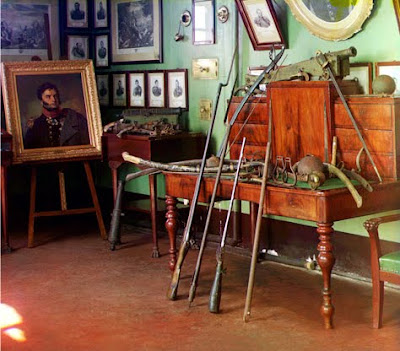 Much like French financier Albert Kahn, Tsar Nicholas II was keen on capturing native peoples and places in color.  So, on the eve of the first world war and the Russian Revolution, photographer Sergei Mikhailovich Prokudin-Gorskii talked Nicholas into backing his plan to capture the Russian Empire on digichrome glass plates. Between 1909-1912, and again in 1915, he completed surveys of eleven regions, traveling in a specially equipped railroad car provided by the Ministry of Transportation. The entire survey is available through the Library of Congress.  Above: an interior shot of the Borodino War and History Museum outside Moscow.

For more examples of the Albert Kahn collection, check out the recent posts at Ancient Industries.

And for a taste of modern Russia, check out my cousin Thomas flipping pancakes and speaking Russian in Petrozavodsk during his study abroad break from Oxford last year (the video only works on PCs). 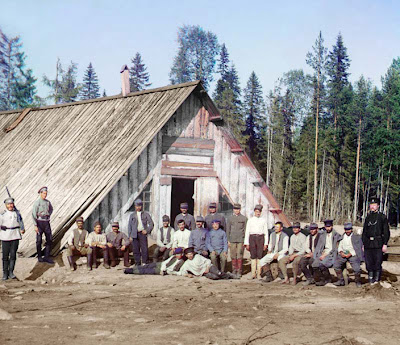 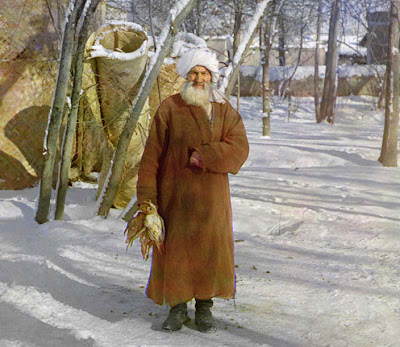 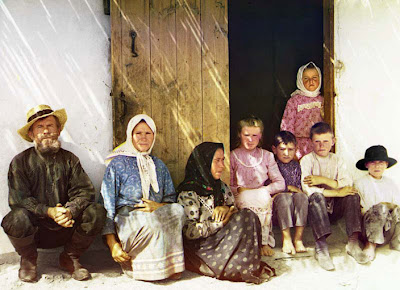 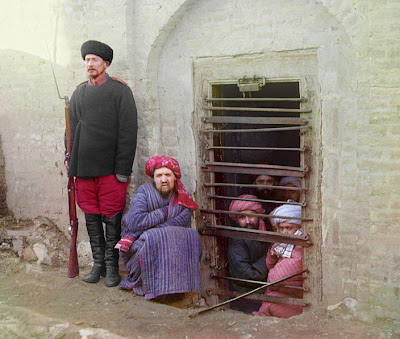 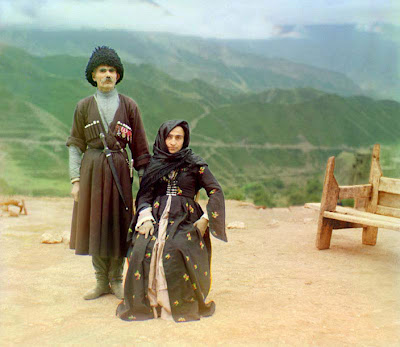 A Dagestani couple in the Caucuses 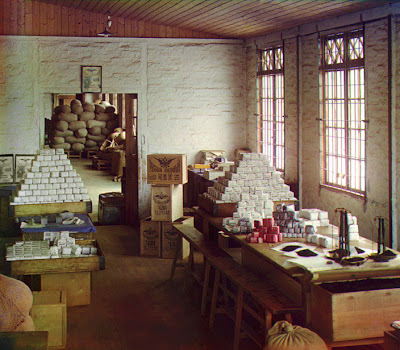 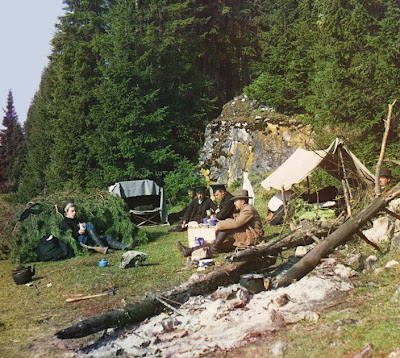 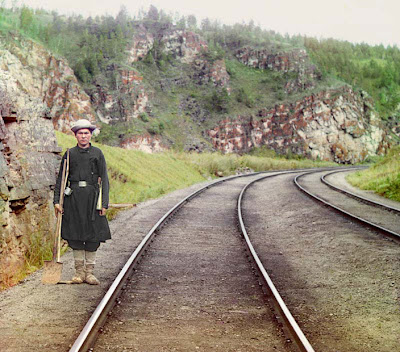 A Bashkir switch operator poses by the mainline of the railroad, near the town of Ust' Katav on the Yuryuzan River between Ufa and Cheliabinsk in the Ural Mountain region of European Russia. 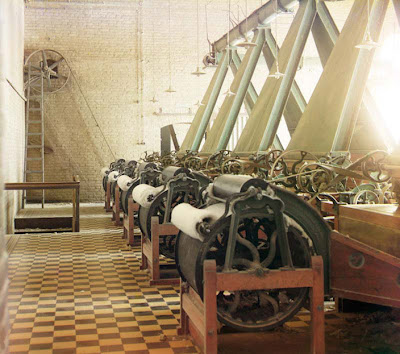 Interior of a Uzbekistani textile mill ~1915