Little Giants, the Wall and the Deep Sea Diver 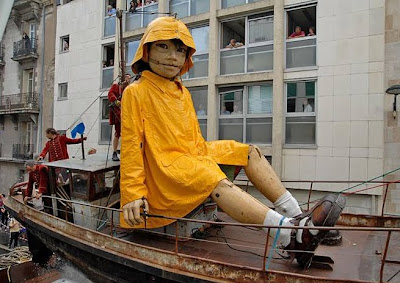 The incredible puppeteers from Royal de Luxe in Nantes take over the streets of Berlin on Oct. 1 to depict the city's reunification on the 20th Anniversary of the fall of the wall. 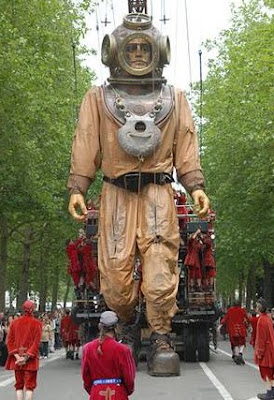 Berlin, in the eyes of writer/director Jean Luc Courcoult, was once a swamp inhabited by giants.  One Little Giantess lived with her uncle, the Big Giant, who gave her a boat which she loved to sail.  But one day, sea monsters rose up and tore the city apart and then built a wall, separating the Little Giantess from her uncle. 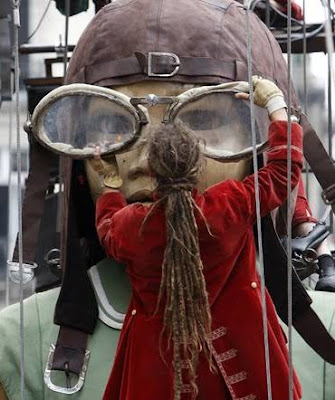 Furious, the Big Giant throws himself into the river and spends his days in search of a hidden geyser on the ocean floor.  After years, he found one and dragged it beneath that wall.  The geyser exploded, and with it, that wall...bringing him back together with his niece. 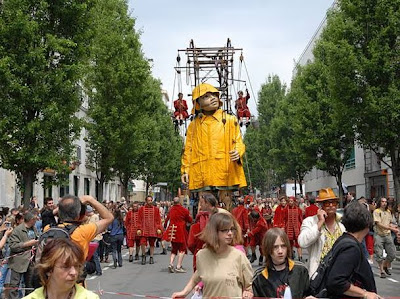 The puppets marched through Nantes in June before their big trip to Germany. 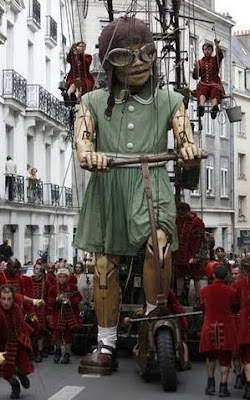