The KC Tour: Stompin' at the Savoy 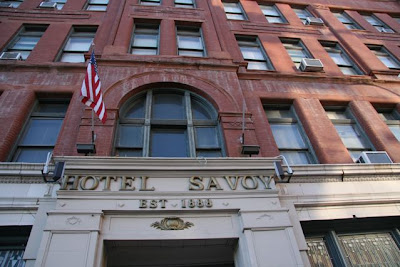 As extremely hard and sad as it is to say goodbye to a beloved relative, it often also means bidding farewell to the places and traditions you always associated with them. With my grandpa gone, my reasons to return to Lincoln have withered.  So, in order to remember our midwestern traditions, Porter and I spent a few hours flying through and photographing the places we loved as children and will always associate with Grandpa Pete.  We made a similar whirlwind tour through Kansas City - more as a means to show off this beautiful town where we grew up.  First stop in KC: The Savoy. 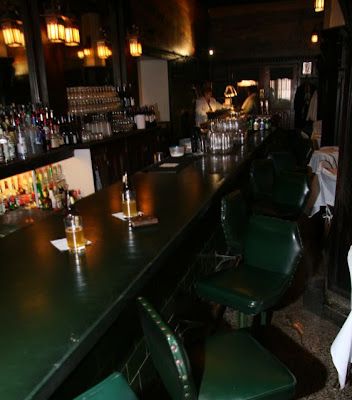 The hotel went up in the late 19th c. and the accompanying Savoy Grill opened in 1903 as a men'-only watering hole and eatery (the bartender told me that the term "grill" actually denoted spots where women weren't allowed) for downtown KC's business set.  Almost everything is original to the space, including the leather bar; the only additions over the last century being air conditioning, electricity (a gas lamp used to light each booth), refrigeration - and women.  As for the things that fell by the wayside: the booth-side spittoons and one mirror, shot out during a gambling fight. 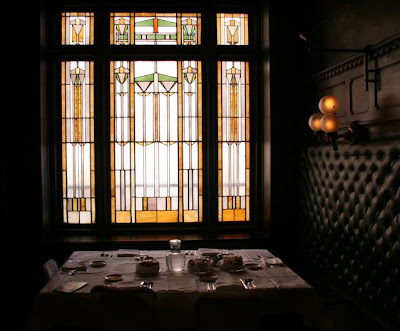 Paul Newman's character in Mr. & Mrs. Bridge ate at the Savoy, as did Warren Harding, Harry Truman, Gerald Ford and Ronald Reagan (many of whom liked to sit at booth #4, a quiet, cozy one, not this grand one, guarded by stained glass). 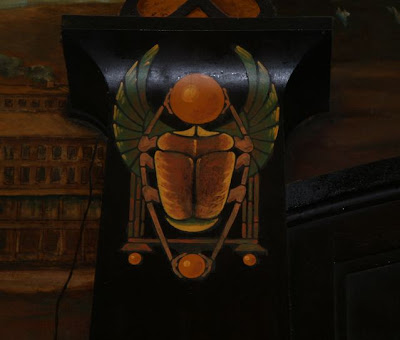 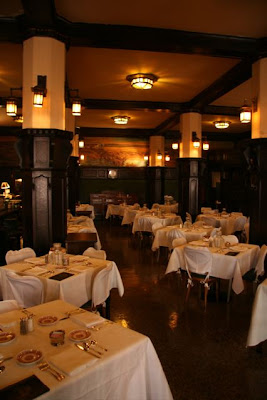 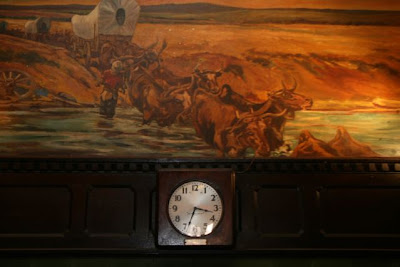 Artist Edward Holslag painted a series of murals covering the Grill's upper walls depicting the pioneers' departure from Westport Landing in Kansas City and their journey along the Santa Fe Trail. 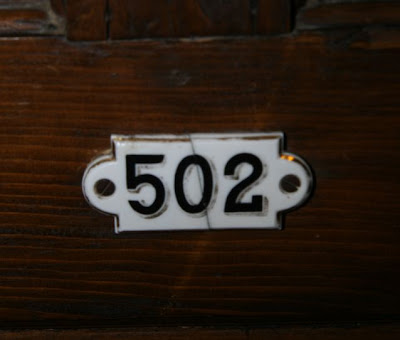 While the Grill is still grand, the hotel has seen better days. The rooms look like scenes from a 1980s nursing home - quite sad, because you can see the beauty underneath. 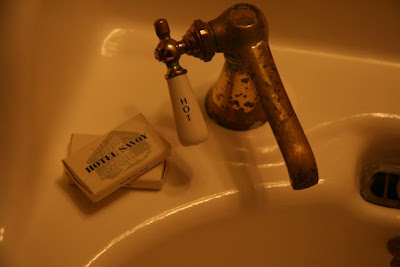 Thankfully, the old sinks and clawfoot tubs remain, yet cry out for subway and chicken wire tile surroundings.  Instead the bathrooms are covered in vinyl floral wallpaper and bad large square tiles that seem more fitting for a decaying office complex than a luxury hotel. 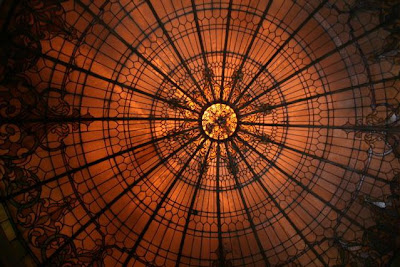