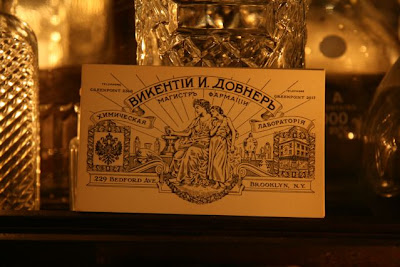 "Hollister, what did you and Porter buy this weekend?" "A GOOD PORTION OF THE CONTENTS OF AN EARLY 20TH CENTURY PHARMACY!!!!!!!! (and two new wildly affordable pairs of seeing glasses)."  We went out for a coffee on Saturday morning and noticed a small frenzy outside Bedford Cheese.  The building's owners were finally cleaning out the basement (they bought the building in 1982) - a veritable time capsule of supplies from the pharmacy that filled the space at the turn of the century - and practically giving it away for free.
This is the resulting loot, cleaned and fully installed in our loft. This grand acquisition has me shivering anticipation of the next phases: painting that wall...and decorating for Christmas!
The pharmacy's old business card: 10 cents. 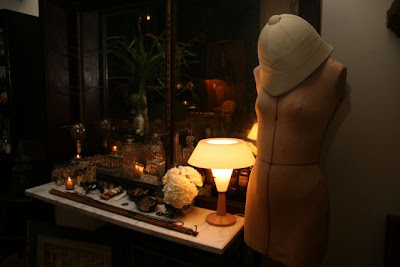 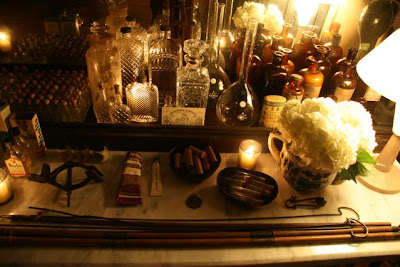 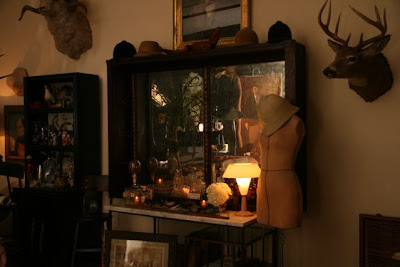 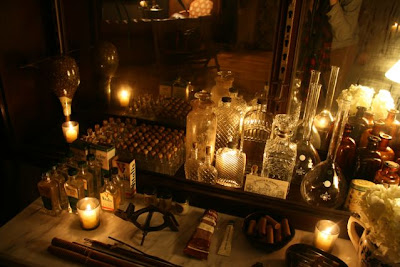 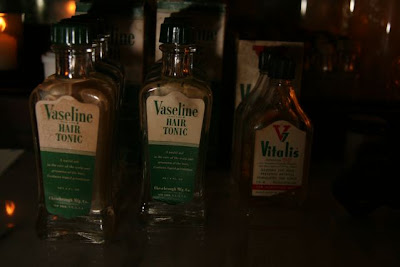 Old hair tonic, thrown into a box of stoppers: gratis. 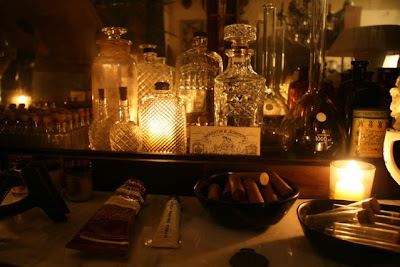 The bowl on the left is filled with tiny wooden vials; the one on the right has the glass versions.  The tube on the left is new - Aesop Baume Aromatique aux Agrumes pour le Corps - and cost more than all the vials and amber bottles combined. 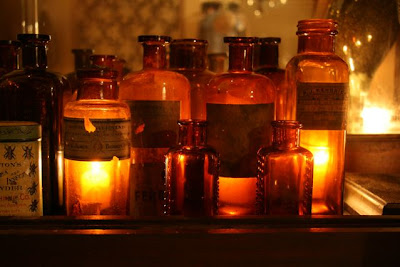 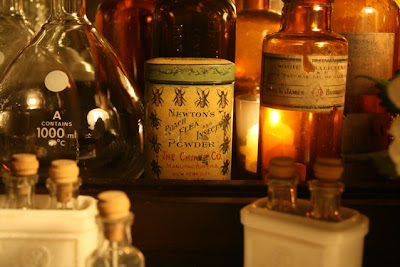 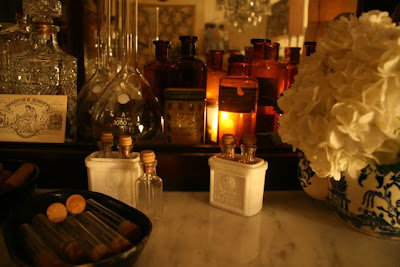 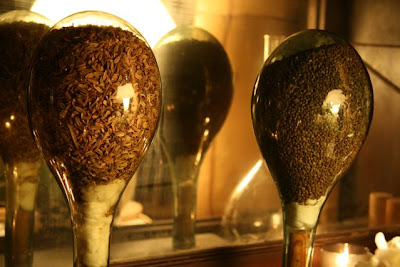 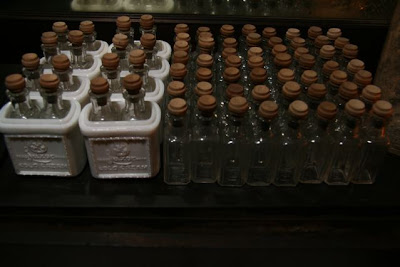 Old cold cream containers: $1 each; small glass jars, $25 for all of those and the cork tops.
(Photos by Porter Hovey)