More From the Planet's Archive 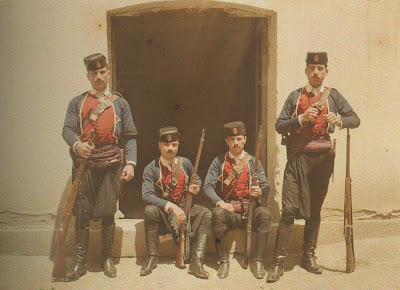 I went on about Albert Kahn's "Archive of the Planet" before, but little did I know that this gigantic collection of the first color photographs had been compiled into a book: Dawn of the Color Photograph by Albert Kahn's Archive of the Planet by David Okuefuna. Kahn dispatched his small troop of photographers to all corners of the globe to capture these images. The book would be a perfect gift for anyone interested in history, photography, art or fashion - everyone really.
(Above: Salonika, Greece 24 May 1913 (by Auguste Léon), Three weeks after Léon shot this autochrome these soldiers would be defending Solonika from attacks by the Bulgarian army at the start of the Second Balkan War. But the assault was swiftly repelled - ensuring this strategically vital port remained in Greek hands). 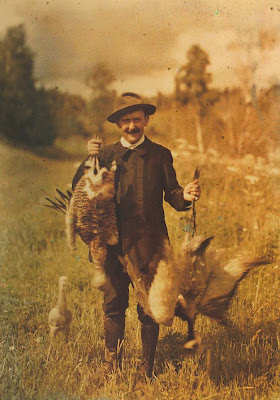 The intrepid Stéphane Passet visited Mongolia for a second time in the summer of 1913. In this self-portrait, taken near the Russia-Mongolia border, Passet steps in front of his own camera just after bagging his lunch. 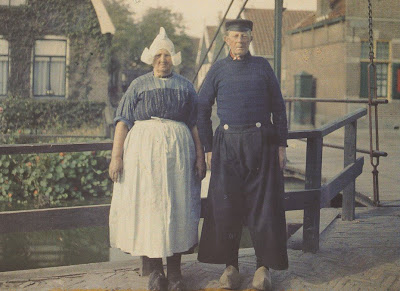 Volendam, Holland 29 August 1929 (by Stéphane Passet)
This fisherwoman and her partner hail from the small port of Volendam, near Edam. In the 1920s many Volendammers would have fished at Holland's largest freshwater late, the IJsselmeer, but in recent time commercial fishing has declined, and the town's economy relies more on tourists than fish. 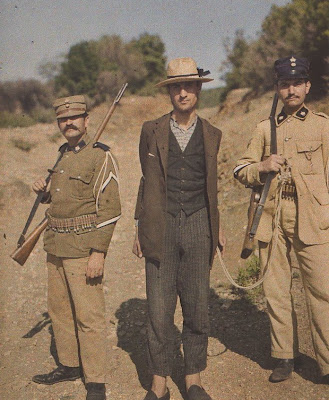 Mount Athos, Greece, 10 September 1913 (by Stéphane Passet)
This disturbing image (given the wider historical context) was taken in the weeks after the Second Balkan War near the Grand Lavra monastery on Mount Athos. Although this appears to be an incident of "ethnic cleansing" in the Balkans, in fact, it is equally possible that the man under arrest was a bandit. 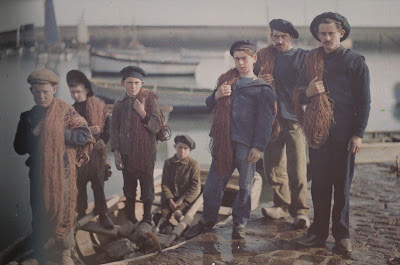 Roscoff, France 6 April 1920 (by George Chevalier)
These fisherman were based at Roscoff in Brittany. in the 1970s the port became an important deep-water sea terminal, with regular ferry services linking France to Britain and Ireland. These young men could not have guessed that their grandchildren would see their local economy more dependent on the spending of "booze-cruisers" than the landing of cod. 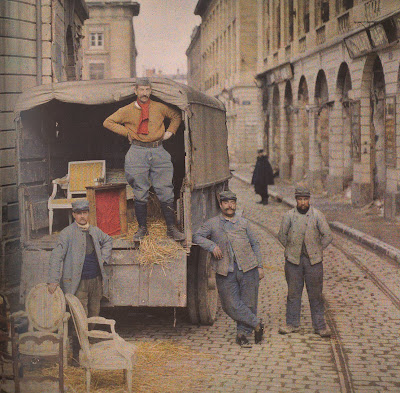 Reims, France 23 March 1917 (by Paul Castelnau)
These men are moving furniture either into or more likely out of a building on the rue de l'Université in Reims. Following a wave of shelling in 1914-15, many buildings in this thoroughfare were destroyed: during the war thousands of postcards were distributed to show the appalling destruction visited upon this street. 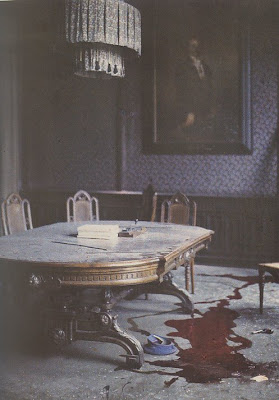 The aftermath of political violence: the blood of a murdered policeman stains the floor of the town hall at Krefeld in the Rhineland on 29 October 1923. The discarded gun can be seen on the right. (By Frédéric Gadmer). 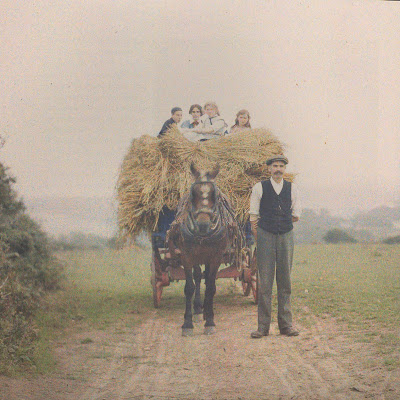 Taken in August 1913, this timeless image of a Cornish haycart is somewhat redolent of rural scenes described in the Wessex novels of Thomas Hardy (by Auguste Léon). 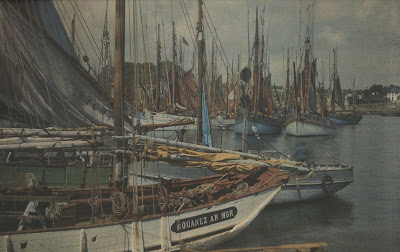 Concarneau, France c. July 1929 (by Roger Dumas)
Concarneau in Brittany was, and remains, one of the largest fishing ports in France. Today, however, the recreational yachtsman in the harbor far outnumber the tuna fishermen. When this autochrome was taken, the boatmen used distinctive blue nets, a tradition that is still celebrated every August in the town annual Fête des Filets Bleus.
(All captions by David Okuefuna)